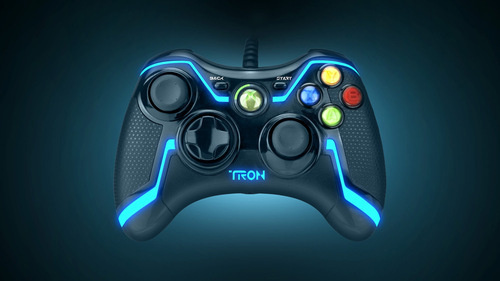 Rejoice User! Devin won’t be keeling over from asphyxiation after all. The TRON controllers that he saw at E3 and threatened to hold his breath over? Well, they are going to be for sale. To be honest, I haven’t considered replacing my stock Xbox 360 controllers until this point, but now I’m afraid I have no choice.

The controllers will be available this coming fall for the Xbox 360, PS3, and Wii for around $50 each. PC gamers will be able to pick up a TRON-themed keyboard and mouse from Razer (no shock there or word on pricing), and Monster is making some headphones ($350) and an iPod dock ($50). There’s even going to be a TRON-related iPhone app, believe it or not. Sounds like Disney is leaving no CPU unturned where the marketing is concerned. And while I hate to admit it, I’m buying into it all.