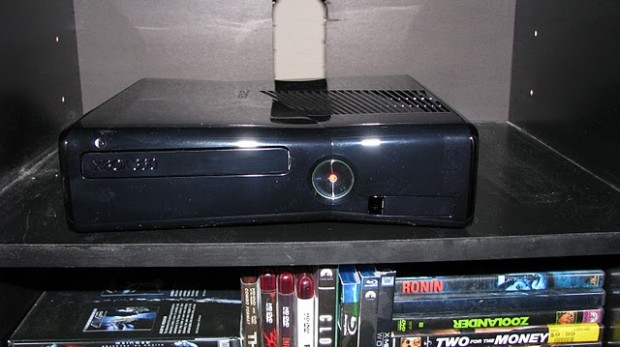 A NEOGaf forum user discovered over the weekend that while the new Xbox 360 slim (note to self: we have got to come up with a better name) is unlikely to fry itself and die in any permanent way, the threat of overheating is still a real one. The red bit isn’t as striking as the original, though. One might go so far as to call it… yellow.

That might be because it’s just a green LED with a red filter in front of it; the specs called for only green LEDs but there’s no reason they couldn’t modify the color in case of a fault. In this case it’s overheating; old Xboxen would blink some lights but not shut down as far as I know unless they actually died. Looks like the new 360s warn you and shut down if they reach a certain temperature, probably something like 10% above its maximum operating temperature. Or it could be fake, who knows? I’ll test it out later. 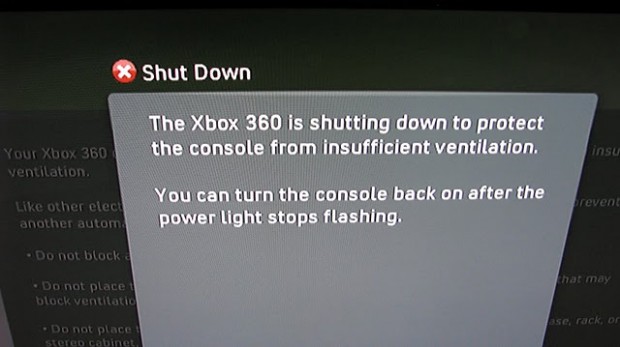 Yeah, you’ll probably lose your place in the game, but you should have thought of that before you tied pillows on both sides of your 360 to make it even quieter.