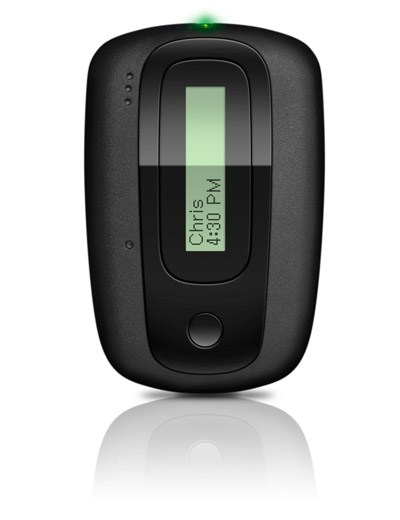 Looks like the radio industry (well, pretty much media industry, actually, but I’m pretty sure radio is the biggest user of Arbitron data) has a new people meter up its sleeves. It’s called the Portable People Meter 360, and it’s designed to make reporting your radio-listening habits all the more easy. It reports to Arbitron HQ using cell technology. Just like you can download books over a cell network on your e-book reader, so, too can you tell The Man that you’re listening to The Fan as you sit in traffic on the LIE.

I don’t have the exact measurements of the new device, but Arbitron says it’s smaller than the average cellphone. So if you’re roped up in the Arbitron game, at least it’s should fit in your pocket or whatever. 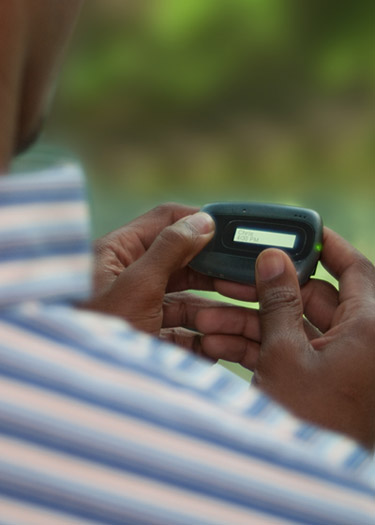 Unfortunately that’s the biggest photo I have of the device. But don’t worry: a bigger photo is en route, so I’m told. Big enough for you?

I do wonder: how does radio use this type data? “Man, it looks like people are really responding to the segments with the OVERLY LOUD music beds, so clearly we need to run music beds every single second someone is on the air.”