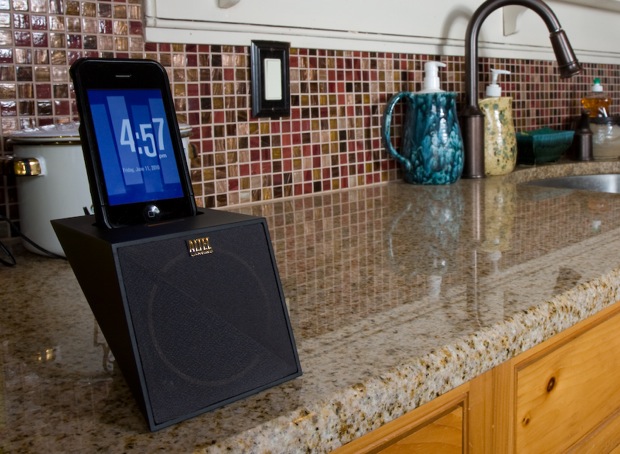 As I often point out when posting new iPod docks and other incredibly common devices, it’s hard to set yourself apart from the rest, even when you’re an established brand. Buyers will feel no compunction over saving $10 and getting another device that looks just like yours — it sucks, but hey, image is everything. So I’m pleased to recommend this Altec Lansing dock on appearance alone. 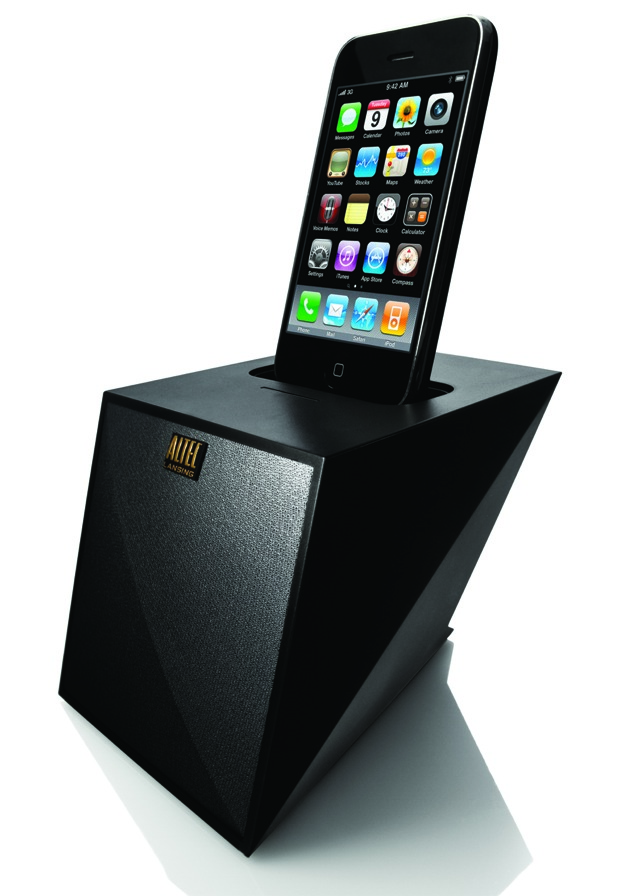 I’m sure the sound is fine — we’ve all had or been around AL gear and it’s just fine, and anyway if you’re really looking for good sound quality, a compact dock like this isn’t the answer. You want it to be simple, good-looking, and produce decent sound. The Octiv Mini M102 does that (not that I’ve ever heard it).

I like the look; I had to request some extra angles from AL to confirm that it actually does have that sort of weird swept-back angle. Doesn’t it look kind of fake in that picture on the right? But no, it’s an honest-to-god distinguishing look, and I for one like it.

It also includes a free app for your iPhone or iPod Touch, “Alarm Rock,” which (predictably) acts as an alarm clock and lets you wake or sleep to whatever songs you like. There are probably a hundred free apps that do it just as well, but it’s a nice addition.

The Octiv Mini M102 will set you back $60, which seems reasonable.