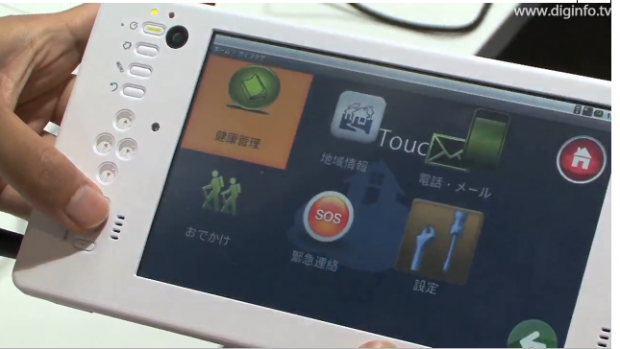 We’ve shown you the LifeTouch [JP], NEC’s first stab at making a touchscreen tablet PC, on Monday, and now we got pointed to a video that shows the device in action. To recap, the LifeTouch is a seven-inch Android 2.1-based tablet running on an ARM Cortex A8 CPU (more info).

In the video, the NEC representative reveals some interesting tidbits of information on the LifeTouch (which is scheduled for release in Japan in October). According to that person, the “Cloud Communicator” won’t be sold directly to end customers but rather to businesses that can then provide it to their clients.

In the video embedded below (3.05 min.), you can see the LifeTouch’s UI and some apps (the e-book solution, for instance) in action.