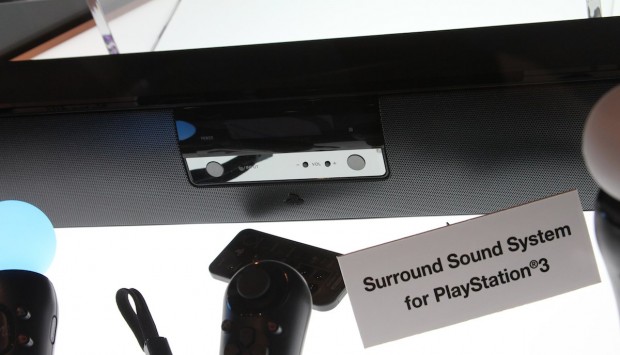 When they told me there was a new PS3 surround sound bar, I didn’t expect much in the way of originality. And I didn’t get much. But it does look like a nice little audio solution for a small apartment or room where you don’t need cables running all over. It’s a little more than two feet wide and about three inches tall and deep. What were you expecting? it’s a bar. 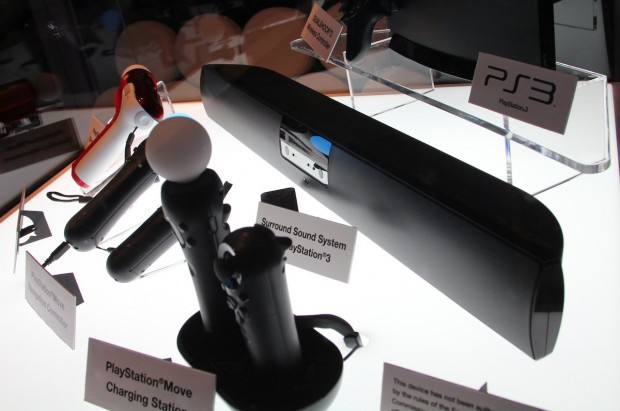 They weren’t being demoed or anything, just sitting in a display case, so I can’t tell you how it sounds. My guess is pretty good. It uses Sony’s S-Force PRO virtual surround engine and it has a built-in subwoofer, so it’ll sound better than my setup. It’s just got RCA and optical inputs, nothing fancy, though its little display seems to be doing something interesting.

The creatively named “Surround Sound System” is expected to cost $200, which sounds reasonable for a small home theater, but there’s no release date yet. We’ll keep you posted, of course.