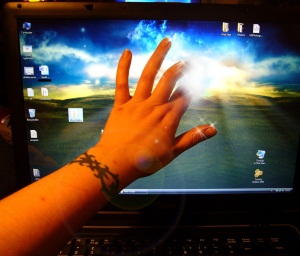 IDC reports impressive year-over-year growth for global PC shipments of 27.1% in the first quarter of 2010, which has prompted the company to revise its projection for the entire year. In light of slow but certain economic recovery, IDC now foresees 19.8% growth in 2010, according to its Worldwide Quarterly PC Tracker.

Unlike most of 2009, netbooks are no longer driving the volume as much as in recent times. IDC says the recent market recovery has notably seen a small rebound in higher priced computers, including e-readers and tablets.

Although low to mid-range portable PCs continue to dominate the market, desktop computers also recovered with its first yearly growth since the second quarter of 2008.

Zooming in on geographical trends, IDC reports growth was positive across both mature and emerging markets, although emerging regions did see a record high 37% year-over-year growth in the first quarter of 2010. The strong surge in volume brought a corresponding slowing of price declines over the past year, IDC adds.

IDC expects PC market revenue in 2010 to surpass that of the previous revenue peak in 2008, as more purchases shift to higher margin SKUs. Netbook volume growth is unsurprisingly expected to moderate, and its share as a percent of the total PC market is projected to stay under 12%. The main driver of growth will come from mainstream notebooks, still according to IDC’s report, particularly in emerging regions. 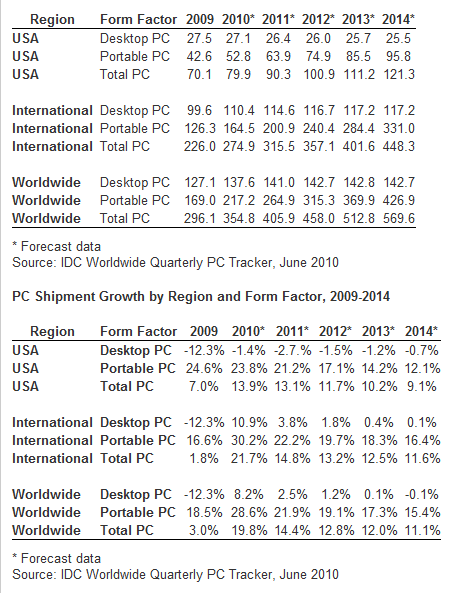