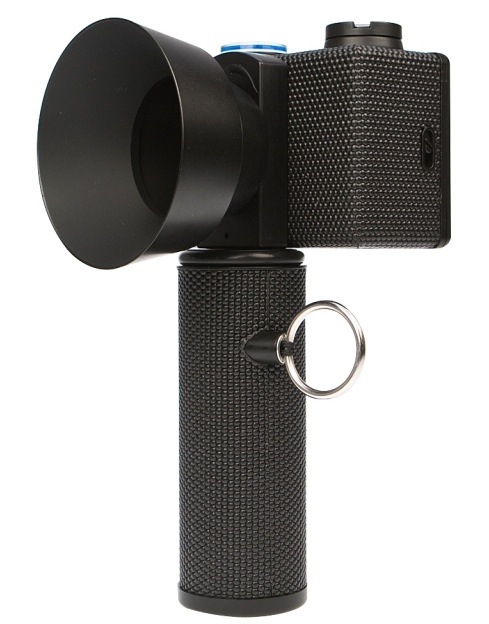 I have a thing for Lomo stuff. Not as much of a thing as the real Lomo lovers, but I love that Lomo is keeping the fire of old-school, cheap-film, all-mechanical photography. I loved their Diana F+ with the instant film back, which gave me great tiny little pictures and a refreshingly frustrating picture-taking process. What, I can’t bracket the exposure? Hey, it doesn’t line up with the viewfinder! I love it! I made up a new term just now: “funcontrollable!”

So they’re putting out a new gadget this week, the Spinner 360, specifically for taking panoramas. And how do you think it works? Just as funcontrollable as the Diana — with the benefit of full-bleed negatives! How cool is that?!

Basically you load this thing up with 35mm film, set the exposure estimate, and pull the chain. It’ll spin around and roll the film at the same time, creating a pano shot thusly:

How fun is that? I know you can put together panoramas in some digital cameras, but I think we all know how weird they look.