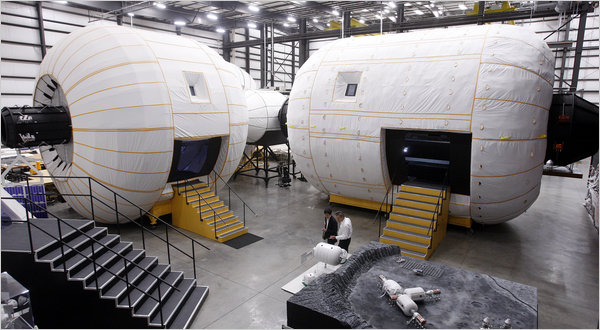 The federal government can’t be bothered with space exploration anymore (which is terribly disappointing, by the way), so private industry has to pick up the slack. A company by the name of Bigelow Aerospace plans to put an entire space station in orbit within the next four years.

The idea is to go to cash-strapped governments and say, “Hi! You don’t have enough money to build and maintain a space station. Here, use our rocket and space station instead. Yeah, we’ll charge you a handsome fee, but it’s a heck of a lot cheaper than developing your own technology from the get-go.” I like it, but I don’t like the fact that I have to like it, if that makes any sense.

Of course, as it stand the only country to inquire is the U.S. Bigelow has only budgeted for NASA contracts.

How much would it cost to least Bigelow’s space station? Somewhere along the lines of $395 million.