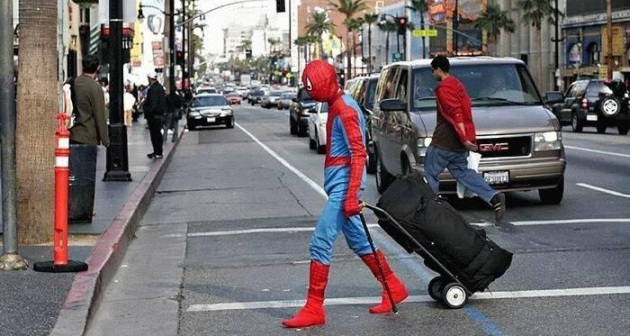 Word on the street (read: Bleeding Cool) is that Jamie Bell, the actor who played Billie Elliot back in the day, has been selected by Sony to be Peter Parker in the new Spider-Man movie. Because that’s what you want: the movie studio selecting the star of a film, not like the director or anything. It’s not official so don’t freak out yet, but this is still a fine place to channel your nerd-outrage.

You already know that the movie, presumably entitled Spider-Man 4, has been in development hell for quite some time. The director of the previous films, Sam Raimi, left/was forced out, and Toby McGuire was given the boot because Sony wants to “freshen up” the franchise. The idea, at least as of a few months ago, was to bring the series back in time a bit, to when Peter Parker was nothing but a high school student. We can assume it will be in 3D.

The movie will be directed by Marc Webb, the director of 500 Days of Summer, which wasn’t a bad little film. It’s a totally different type of movie from a summer popcorn blockbuster, however.

And here’s something I’ve noticed: if this Jamie Bell story is true, that makes the second American superhero to be played by an British gentleman. Batman is played by Christian Bale, who was born in Wales (but of English parentage), and now we’ve got Jamie Bell, born in the North-East of England. American actors for American superheroes!