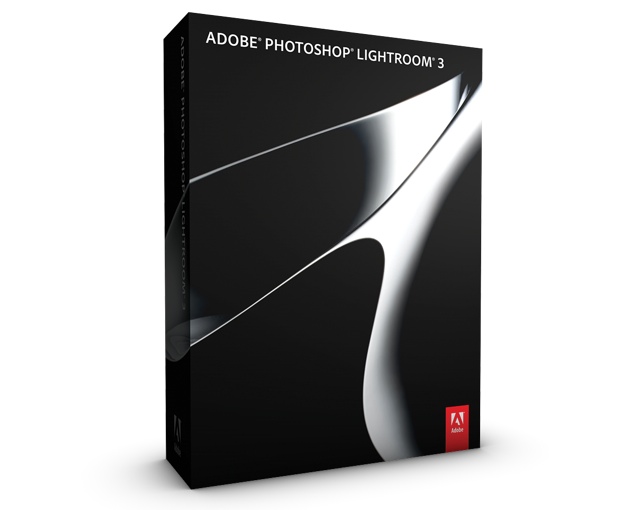 Adobe has released Photoshop Lightroom 3, the popular photo manipulating and management tool. It’s been in beta for a while, so none of the features will be particularly shocking, but the final version being made available today does have a few tricks up its sleeve. We’ll take a quick look tonight, but I have a copy on my hot little hard drive, and want to give it a good week or two of use before publishing a full review.

For those who aren’t familiar with Lightroom, it’s a tool under the Photoshop umbrella intended for photographers who want robust RAW image editing as well as a powerful organizational tool for keeping track of thousands of shots. If it sounds a bit like Aperture to you, it is — but both products are relatively new (compared with oldsters like Photoshop and Office), so it’d be just as fair to say that Aperture sounds a bit like Lightroom. I happen to use Aperture, but I found the latest update slightly disappointing, and may just switch to LR permanently.

But what about the update? Well, if you’re in the beta, you’re probably familiar with some of these features. But there’s new stuff for you guys, too. So let’s see here. Apologies if it seems like I’m reading off the press release, it’s hard to remember all this stuff from the demos.

Lens correction and profile gallery: This is handy. If you’re worried about distortion from the wide end of a lens or just want to reduce it a bit, Adobe provides a huge amount of lens profiles with which you can lower or exaggerate the distortion, chromatic aberration, and vignetting. They’re independently adjustable and different for every lens. LR is shipping with a bunch of the more popular Canon and Nikon lenses already profiled, but you can create your own by shooting a printout and letting it crunch the numbers.

Perspective correction: Here’s a tool most of us would just run into Photoshop to do, but which is handy to have at your fingertips. It’s basically just adjusting the angle you’re shooting from, within reason of course. Handy for situations where you really need something to be parallel with the edges of the photo, but you couldn’t get at the right angle when you were shooting.

Improved noise reduction and sharpening: If you’ve tweaked your photos at all, you’ve probably seen what can happen when sharpening gets out of hand. The new LR sharpening algorithms try to avoid that weird effect that happens when you push the sharpness too far. Noise reduction is more intelligent as well, and tries to avoid losing color and detail when reducing noise, which can be quite difficult when the details are the same size as the grain.

Streamlined importing: tagging, renaming, and organizing rolls is now apparently easier, and it certainly looked like it when they showed off creating an import preset.

Streamlined publishing: the Flickr integration they showed off was really quite impressive. You can manage all kinds of stuff, from ratings and comments to privacy settings, via the in-app plugin. There are other plugins as well, and their API is available for people who want to make new ones. Drag-and-drop publishing and easy sharing are something they are having to push real hard for, since Aperture 3 made sharing one of its top priorities.

Tethered capture: seemed to work fine in the demo. Definitely nice to have, and you can adjust settings on the fly to be applied to shots coming in.

Video support: still pretty rudimentary right now, but it’s good to at least be able to keep your videos in the same containers as your shots.

Easy slideshows: if you like making slideshows, it’s easier now. Sync the length to a piece of music, add intros and outros, export to video… what you’d expect. Aperture had the jump on them in this, I believe, but they’ve leveled the playing field again.

New adjustment preset system: If you create a “look,” or “development setting,” or whatever you want to call it, that you like, it’s super easy to drop it onto another photo or to apply it to multiple photos at once. Mass rotation is also handy if you choose not to include orientation data in the EXIF like me. Another thing they’ve gotten even with Aperture with — though from what I saw, I think I like LR’s style better. Their curves system was also way more convenient. The ability to grab any luminance level straight from the preview and just drag it up and down is nice.

That’s pretty much all she wrote. I’ll be using LR throughout E3 and hopefully I’ll have the full review afterwards. I know there are a lot of highly opinionated experts on both sides of this particular feud, so I have to step carefully.