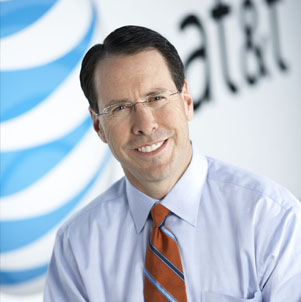 Hey, guys! Guess what happens if you try to send an email to the AT&T CEO? AT&T sends out their lawyers and threatens you with a cease and desist letter.

A guy named Giorgio G. emailed AT&T asking about rates and whether he can get an iPhone upgrade. Obviously, Randall Stephenson isn’t in the customer service game so he doesn’t want silly emails like that. So AT&T’s executive response team called Giorgio back threatening a C&D.

Now Giorgio didn’t post his original email to Stephenson, so maybe he was all like “If you don’t give me an iPhone 3GS I’ll tie you up and eat your toes, one by one. BE WARNED” but seriously: an innocuous email with a legal response?

Anyway, you can read the whole exchange right here. Oddly enough, I’ve been thinking of getting out of AT&T – except for GSM roaming and the iPhone they’ve essentially become a useless, expensive parasite on an otherwise interesting device – and this may force my hand.

If you want to email Stephenson yourself you can drop him a line right here.

Update: AT&T just issued a public a personal apology, with a Senior VP calling Giorgio personally. Take that as you will.