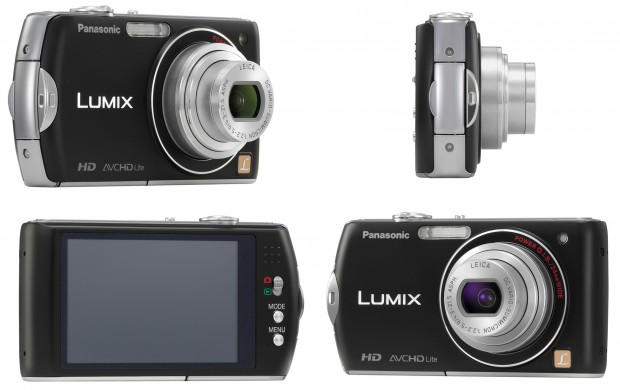 News of this camera leaked out a little while back, but now we’ve got the official info — except for release date and price. Seems like you’d want to include that information in a product announcement, but hey, what do I know? The new point-and-shoot, the full name for which is the Lumix DMC-FX75, is looking pretty nice, if not particularly original. I like the look of that lens, though. F/2.2 means more light on the sensor, and that means less resorting to high ISO and long shutter speeds.

Here are the vitals:

It sounds like a pretty solid camera — the ability to select codec and AF points suggests this is a nice alternate camera for a DSLR user who likes customizing and short shutter lag. I’m suspicious of the “intelligent resolution” system, though:

With the Intelligent Resolution technology, three areas – outlines, detailed texture areas and soft gradation – are examined pixel by pixel and automatically detected to enhance any degradation created during the digital zoom process or in high-sensitivity shooting. The outline areas are enhanced effectively to give the edges more clarity, while simultaneously giving a moderate accent to the textured areas so they look accurately detailed.

So they look accurately detailed. Because they are squeezing a 14 megapixel image out of a 1/2.33″ sensor, they have to create details where they can’t resolve them. Those fuzzy edges and noisy areas are there because the sensor can’t handle it. At least Panasonic is tacitly acknowledging it by “fixing” it.

No price or date yet, but I’d say this thing will cost… I’m going to just throw out $379.99 for kicks. Available… I’m going to say July 14th. These are purely guesses, you understand. What?