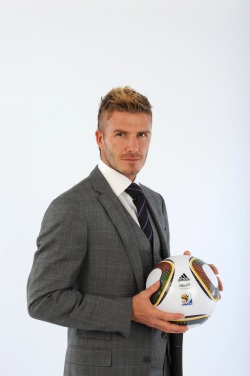 Football (soccer) writers are typically terribly serious about what they do. Relax, buddy, it’s just a game. A fun game, yeah, but just a game. The Guardian’s Barry Glendenning does things a little bit differently: he’s actually good! In a column today, Glendenning prepares us all for the inevitable complaints that will surround the Jabulani‘s performance at the World Cup. It’s a time-honored tradition, complaining about the new ball: the ball is too heavy, the ball is too light, the ball swerves too much, the ball swerves too little, etc. Most accurate ball ever created? Obviously you haven’t seen a Michael Carrick pass.

There’s a lot of well-deserved rambling in the column, but the one thing that should resonate to the non-soccer fan is this: the “main” stadium, Soccer City in Johannesburg, is 1,694m above sea level. Playing the game at such great heights tends to do wacky things to both player performance and ball behavior. There’s less air way up there, so we may be looking at a case of Xavi Hernandez being able to pass just at sea level in Durban, but finding the ball going every which way in the final at Soccer City.

And just to be clear: we’re talking extraordinarily small differences here. It’s not like Xavi will mean to pass to David Villa and the ball instead swerves back to Casillas. But a pass that was meant to go right at Fernando Torres’ feet and instead is a fraction of a step “off,” well, that could be something.