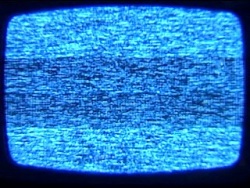 There’s a handy option in the DirecTV menu guide for “HDTV Channels.” On the rare occasion when I’m actually sitting in front of the TV looking to “channel surf” (more like “menu surf” nowadays), it’s only “HDTV channels” I’m concerned with. Nearly halfway through 2010, it has come to the point where, unless I absolutely have no other choice, I simply won’t watch a network unless the program is in HD. Has it come really come to that? That, unless a show is in HD, you’ll simply skip it?

Pretty sure I first heard of this last week on the radio, I think on Ron and Fez, that for the first time ever TV networks are starting to see their ratings decline specifically because they’re not in HD. That is, people now refuse to watch TV unless it’s in HD! How wild is that? I mean, assuming it’s true…

It probably means a few things. One, biggish networks that aren’t in HD yet should now be shaking in their boots. For whatever stupid reason, DirecTV hasn’t picked up the HD feed of Fox Soccer Channel. That doesn’t mean much to most people, but when given the choice between watching a Premier League game in SD on my HDTV or watching the same game with a tiny online stream (which is probably illegal but who cares?) on my computer, freeing me to play simultaneously play some Steam games in windowed mode, then I’m absolutely going to go with the stream. I will go out of my way to watch an HD feed of a game, subjecting myself to TV’s controls for 90 minutes, but in 2010 SD sports broadcasts really ought to be outlawed. I’d almost rather listen to an audio play-by-play than watch an SD image on my HDTV.

I should stress that Fox Soccer Channel does, in fact, have an HD feed, it’s just that DirecTV hasn’t picked it up yet. Boo!

This could also mean that smaller TV networks are doomed. If people are now skipping SD content altogether, how can Some Niche Channel survive? It’s not exactly cheap to record and air HD content, so the little guy may be squeezed out.

Or maybe this isn’t true at all? I’m pretty sure only something like 50 percent of TVs in America are HDTVs, so these people aren’t going to miss something (HD broadcasts) that they never would benefit from anyway.

I’ll throw it to you guys now: do you still watch SD content on your HDTVs? Again, I pretty much don’t, but I realize my opinion may not exactly line up with a “normal” person’s.