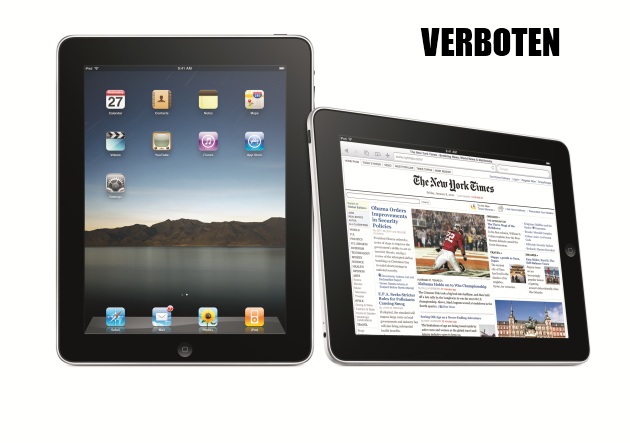 Bad news, Yankees fans. Apparently the winningest team in the history of sport doesn’t want you sitting inside the stadium with an iPad on your lap. That’s right: the iPad is banned at Yankee Stadium! So says a poster on one of the IGN messageboards. The Bronx is burning.

The deal is that the poster attempted to walk into the stadium a few days ago, only to find the security guy saying, “Sorry, you can’t take that in here.” The poster was completely refused entry.

No worry: the poster went over to another entrance, slipping the iPad inside her jacket. She was then able to enjoy the game just fine.

The iPad ban is part of the stadium’s “no laptop” policy. I don’t know if you can argue with the security guard at the gate the nuance, the difference, if you will, between an iPad and a laptop.

This, of course, leaves the question: why do you need to bring the iPad to a baseball game? Shouldn’t you be watching the game? Oh: maybe you want to check out the MLB App while there. That I can understand.

But still, you’re asking for trouble. Just leave your magical and revolutionary device at home for the day. Problem solved!