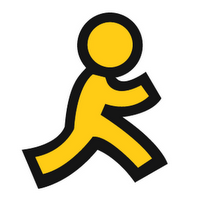 Has Twitter killed instant messaging? That’s one possible explanation for the sudden and precipitous drop in instant message traffic in the past few years. A recent study shows that Britons spent an entire 14 percent of the online-time instant messaging back in 2007. Now? That number is a paltry 5 percent. Is IM dead, dying, or merely going through growing pains?

There’s a few reasons why IM may have fallen out out of fashion. One is that IM services are incompatible with each other. You can’t IM your friends in London with AIM becuase they use Windows Live Messenger. You can, however, send them a quick SMS and accomplish the same thing.

Or, and this is something I noticed in the few years that I’ve been out of school, is that kids, rather than merely sending text IMs to each other, will often fire up Skype and have a conversation right there. Or, again, they’ll SMS each other.

Notice a pattern here? It’s all SMS, baby, especially if you connect your Twitter account to your phone. One quick text, boom, everyone knows that you think the Lakers will win the championship this year rather than just one buddy on your long buddy list.

And let’s not forget that Facebook has had a built-in IM system for a few years now. Too bad Facebook is losing users left and right these days…

I haven’t regularly used IM since Spring, 2008. (Google Talk? Never used it. E-mail is not IM.) Granted, I stopped signing on because I was trying to avoid someone, such is my silliness.