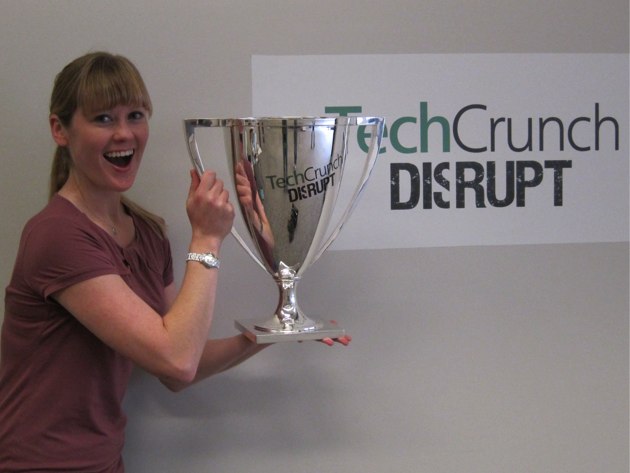 The countdown to the official launch of TechCrunch Disrupt in New York is down to the last several hours. Things kick off Monday morning at 9 am EST with Charlie Rose and John Doerr, and we run from there for three days.

Half of the event is a startup launch battlefield where 22 new companies and products will show their stuff to the world for the first time on stage. Startups are eliminated over three rounds until we have a “final four” for best of show. Eventually an overall winner will be chosen.

The winner receives a cash prize of $50,000, although that has paled in importance to the massive press and user awareness that the companies will get from their time at Disrupt.

But we’ve also decided to add another award into the mix – The TechCrunch Disrupt Cup. This is a 16 inch tall sterling silver cup trophy weighing in at nearly six pounds – more than five pounds of pure silver. It holds 15 pints of your favorite beverage.

Like the Stanley Cup in hockey, this is an award that the winner will only be able to keep until someone else wins it. In our case, for 3-4 months until the next TechCrunch Disrupt (which will be in September 2010 in San Francisco). Winner’s names will be engraved onto the trophy and it will be handed down from winner to winner over the coming years and, hopefully, decades. We will have replicas of the trophy made for the winners to keep forever as well. 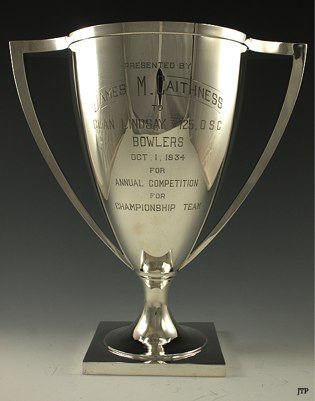 There’s a fascinating history behind this trophy as well. It was created by the Gorham Manufacturing Company in 1920 and awarded in 1934 for a bowling championship.

After a very long search for the perfect Trophy Cup, we found it and bought it.

We’ve had the initial engraving removed by Jeffrey Herman, the founder and executive director of the Society of American Silversmiths. The Disrupt Cup will be re-engraved with the TechCrunch Disrupt master logo next week. Until then, we’ve slapped a TechCrunch Disrupt sticker on it.

If you’ve been to our annual Crunchies event you know we like to give crazy awards away. We’re hoping the Disrupt Cup will be an exciting award for Disrupt startups to aim for. And for those winners, we hope that it serves as a good luck charm extraordinaire.

You’ll see lots of pictures of the Disrupt Cup over the next few days. Now you know the story behind the award.