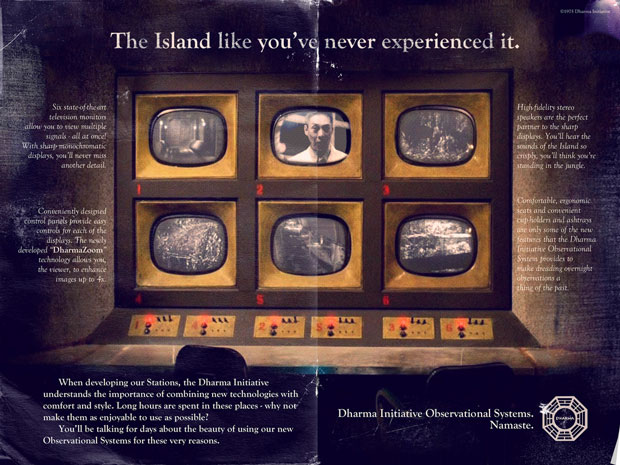 Lost will wrap up this Sunday. It’s about time, too. At least the story is actually ending, rather than drifting along until the show is canceled because of bad ratings. But still, I feel like there are too many loose ends that will not be answered tomorrow.

This isn’t a sign of a clever mystery. It’s simply bad storytelling and so I submit to you the four reasons why Lost is actually a terrible TV show and not deserving of all the attention it got over the last six seasons.

Here’s the obligatory *Spoiler Warning* tag although there is no way you’ll be able to avoid Lost news next week so you might as well get over it now. 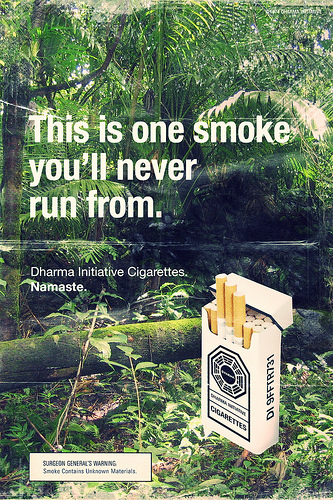 1. A main antagonist was never established

Remember the first two seasons? The barefooted Others were the baddies. Then the Dharma Initiative and Ben took over that role as The Others switched sides. Then we learned that the Dharma Initiative were really just nerdy hippies and Charles Whidmore took over as the bad guy by trying to kill everyone on the island. But wait, he’s just another one of Jacob’s pawns and the real bad guy is ol’ Smokey who previously seemed like the island’s janitor.

Critical viewers have always questioned whether the end-game was known when the show started. While I’m sure the writers knew the overall story arc from the beginning, they probably didn’t know how much fluff was needed to fill in seasons. After all, the core business model of TV networks is to get viewers to watch the commercials and successful shows are generally dragged-out to con people into watching said ads.

The key to long-running TV shows are simultaneous story arcs. Ideally one arc should be wrapping up while another is in full swing with the next one clearly on the horizon. Lost never wrapped up any story arc, instead left viewers hanging while distracting them something wildly off-topic. Sometimes, like with the story of Walt, the arc would seem to be nicely wrapped up but then out of nowhere, it was clear that wasn’t the case.

Clearly Lost’s writers and creators were trying something new. They bucked nearly every traditional TV show guideline and created something that seemed on the surface as something totally different. The result was something different but doesn’t relate to good storytelling.

3. Lost never really fit into any genre and so missed a huge opportunity

Sci-fi shows are for nerds, only housewives watch dramas, women hate action shows, but yet Lost tried to appeal to all three demographics without fully committing to one.

Sci-fi/fantasy shows are all about mythology and science. The writers could have created this rich and deep storyline that told the tale of good vs evil in a totally new way, complete with new symbols and analogies. The writers could have created another Matrix. But they didn’t. Instead it’s a story about a glowing well that turns people into smoke monsters that for some reason will unleash all hell if it’s let off this mystical island.

Lost was an action drama in the beginning. This was probably by design as both males and females got something out of it. But quickly it turned into a quasi-drama by showing these people’s crappy lives before they got on the plane. We learned Kate was a killer, Jack’s a dick, Sawyer’s a lazy con man, and Eko’s a drug runner. But the personal flashbacks only lasted one episode and we had to endure everyone else’s backstories before it would cycle back around to a particular character’s.

In between these random backstories is when the real action would take place. But just when it was getting good, the trademark Lost tone would crescendo in and the story would jump from the island to watching Jack track down his dad in Australia. Each episode was 20% island happenings, 40% backstory, and 40% commercials.

We now know for sure that the extensive backstories were there to simply justify Jacob’s selections, but surely there had to be a better way to mix up it up a bit.

Of course each viewer probably wanted Lost to be a different show than it was. I would have like a more sci-fi-orientated theme. Others, however, maybe wanted more of the Kate-Jack-Sawyer love mess.

There are too many unanswered questions that were raised over the last six seasons. Many previous story arcs like the whole Dharma Initiative are now seemingly trivial. A person really could watch the first two seasons and the last and get the whole story. Most everything that happened in between was just fluff.

There are so many more questions. It’s sad, really. Lost had the makings of a great show but there are simply too many loose ends for them all to be wrapped up tomorrow. It’s a good rule of thumb that if a show needs a question and answer session after its finale, then the writers didn’t do their jobs properly.