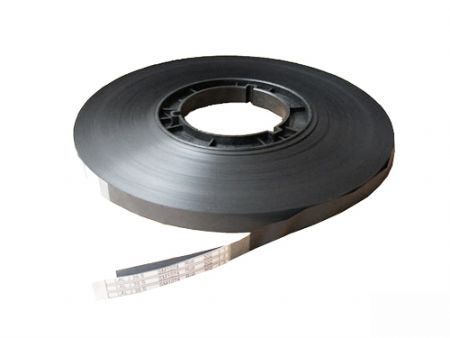 Just in January this year, we reported about a very special magnetic tape that was developed by Fujifilm and IBM and that stores a whopping 35TB of data. But yesterday Hitachi Maxell has announced that its new high-capacity magnetic tape even offers 50TB. No wonder Maxell and and its partner in the development of the tape, the Tokyo Institute of Technology, are speaking of a “world record”.

The tape boasts a density of 45.0Gb/in2 (69.8Mb/mm2), as opposed to the 29.5 billion bits per square inch Fujifilm/IBM offered. Maxell says that by using a special, super-thin film that was developed by the Tokyo Institute of Technology, future tape cartridges could even exceed 50TB in storage capacity.

Expect the new tapes to be used by data centers in the not too distant future.