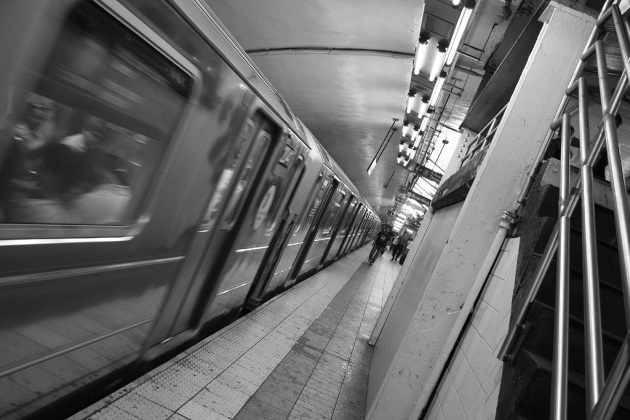 You’re on the subway on the way to work. It’s not a long trip, maybe 15 to 20 minutes long if you’re coming in from an outer borough. You have to kill the time somehow lest you be alone in your thoughts for a few moments. What do you do? If we’re to believe a new survey, then you’ may well whip out your phone to play a video game. Back in the day, people would have had a paperback or magazine handy. Times, they are a….

The survey, carried out by Popcap, the social games company, suggests that today 25 percent of 16-24-year-olds play mobile games to pass the time on public transportation. It was only 10 years ago that 11 percent of respondents would have chosen a game over reading material.

The survey asked some 1,500 Britons of that age group to respond. These 1,500 people speak for us all.

Then you have to take into considering that the survey was carried out by a company that would directly benefit from an increase in mobile gaming.

Anecdotally, I guess those numbers work out. You occasionally see people on the subway in New York reading a newspaper or whatever—I’ve actually seen a few e-readers of late—but then you’ve got all these older people playing some game on their BlackBerry or iPhone.

Me? There’s a 100 percent chance I’m listening to a podcast while on the train. Or plane or automobile, for that mater.