Its unfortunate lack of vowels aside, Google-backed SCVNGR is emerging as a real threat to Foursquare and the bevy of location based services. Last week, SCVNGR launched its consumer-facing side with apps on the iPhone and Android, a major departure from its initial focus on larger institutions (like universities and governmental organizations).

Since its consumer launch, SCVNGR CEO Seth Priebatsch, says he’s been astounded by the growth: “We’ve seen a ridiculous spike.” According to SCVNGR, every day since last Thursday has turned in record traffic numbers. Growth may be accelerating but SCVNGR still has a way to go before it catches up to its larger rivals— its total user base is still below the 1 million mark. 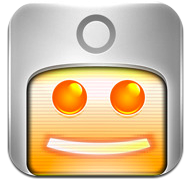 Unlike Foursquare and Gowalla, SCVNGR has followed an unorthodox approach. The company focused on the enterprise side before moving to the consumer. SCVNGR launched last year as a gaming engine for large organizations, like the US Army, Princeton University (Priebatsch was a 2011 undergrad until he dropped out Freshman year), and retail businesses with 20-plus outlets. Using SCVNGR’s enterprise tools, clients can build mobile games based around real world “challenges,” users win points for checking into locations and completing challenges, like taking a photo, answering questions, etc. Institutions purchase one credit to build one challenge— pricing varies depending on the vertical and the amount purchased (for example, a university could buy 25 credits for roughly $5,000).

The program has been modest but fairly successful: over 600 institutions have signed up, yielding a pretty impressive 91% return rate, according to Priebatsch. The enterprise platform, which provides support and analytics, makes up 100% of SCVNGR’s revenue— the site does not plan to feature advertising and is still evaluating other monetization opportunities. However, that single revenue stream has been enough (so far). The company has been cash flow positive for several months, comfortably supporting a team of 45 employees. SCVNGR has also attracted a nice $4.79 million purse after winning investors like Highland Capital and Google Ventures. Google Ventures, which participated in January’s $4 M Series B round, has thus far only invested in one geo-based gaming service.

The Google investment has added strategic value as well, as SCVNGR builds out its consumer platform. Google Ventures has lent one of its lead user experience designers, Braden Kowitz, for their projects, which Priebatsch says has made a material impact on the platform’s development. The mobile apps allow anyone and any business to build challenges at no cost, this of course does not include the full support and analytics offered by the enterprise tool. A user unlocks the power to build a challenge after several check-ins to a location. Priebatsch knows many small businesses will opt for the free route, as opposed to the premium model, however, he says that’s OK  because it still brings value to SCVNGR’s world.  The company is taking a flexible approach as it explores new relationship models for corporate clients. For example, next Monday, Scvngr is rolling out special challenges across Tesla’s dealerships, the first 1,000 users to complete a certain number of challenges (finding out how many is part of the fun) will receive a special Tesla badge. Tesla is not paying SCVNGR a dime, but the company is using the opportunity to market their platform and showcase the range of their apps.

SCVNGR’s structure presents a lot of opportunity and challenges, while it creates a robust gaming model on top of Foursquare-esque functionality, the user-generated content could overwhelm a location with challenges (currently it’s sorted by popularity, putting new challenges at a disadvantage) and SCVNGR is still trying to figure out how to leverage its bare bones point system. More significantly, SCVNGR does not offer coupons like its larger rivals, although Priebatsch says its on the horizon. “Looking at what Gowalla, Foursquare does, it doesn’t feel super fun yet,” he says. “We really want something in line with the game, we’ll crack the code.” I admire SCVNGR’s commitment to the value of game mechanics, but the company can’t waste too much time pontificating on the nature of “fun,” as Foursquare (and many others) finds new ways to leverage coupons and hurtle far beyond the one million mark.