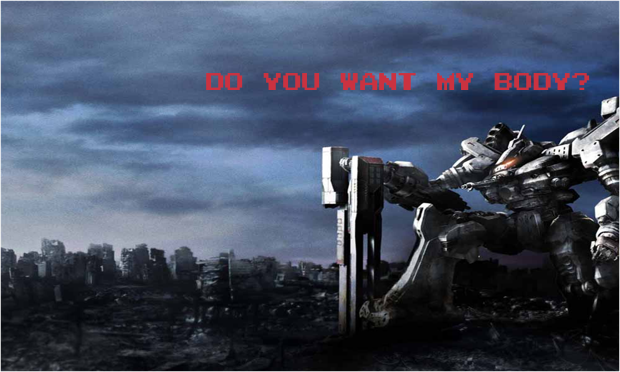 ARRRRREEEE YOOOOOU REAAADDY TOOOO play a copy of Armored Core: Last Raven on the PSP? Well I have 10 free download codes. I’m going to pick five winners at random and pick another five Twitter folk. Isn’t that so Raven?

So I’m picking five commenters, below, and I’ll tweet a first-come-first-served code to twitter.com/crunchgear or twitter.com/johnbiggs every few hours. Plop over and follow those accounts and I’ll spit out the codes at random times.

The game is now available on the PSN and includes:

Features:
• Ad Hoc multiplayer mode allows up to four players to battle against each other
• Over 500 mecha parts to build your own AC unit, including some remake parts from past Armored Core games
• New AC opponents
• Branching story and multiple endings
• New game features: part breaking and a replay save system
• The game save from Armored Core 3 Portable and Armored Core Silent Line Portable can be transferred to this game.

We’ll close the contest on Thursday, May 20 at noon.