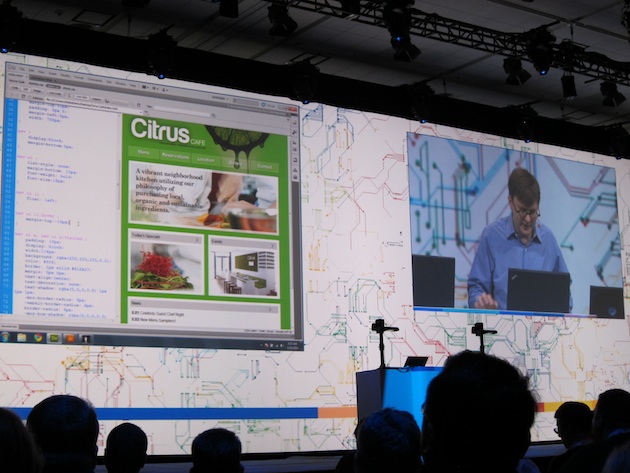 Today at the Google I/O conference in San Francisco, Adobe CTO Kevin Lynch was invited on stage to show off some of what Adobe is working on — with HTML5.

Yes, that may be somewhat surprising considering Adobe’s position with Flash (and their heated debate with Apple), but Lynch said Adobe is all about enabling people to do what they want, no matter the technology. “HTML5 is great. It’s a great move forward for video on the web,” Lynch said.

On stage, Lynch showed off HTML5 support in the new Dreamweave CS5. Included here (through a software extension) is:

Lynch then announced that Adobe was going to support VP8 (Google’s new open-source video codec) going forward in its Flash player. This will help the codec be distributed to a billion people in less than a year, Lynch says.

Lynch also teased there will be more talk specifically about what Adobe is doing with video and the web tomorrow at I/O. That should be interesting given his penchant to speak his mind and cause some controversy.