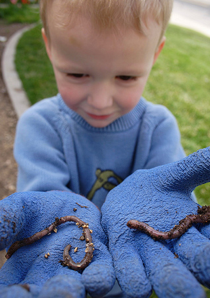 Yahoo will look a little more like AOL and Demand Media with its acquisition today of Associated Content. Terms of the deal were not disclosed, but AdAge is reporting that the deal was north of $100 million. Others say it was $90 million. One of our sources puts the deal at the $100 million price, if you include the earnout. Update: Another source confirms it was “closer to $90 million.” We are going with that number.

Associated Content has been on the block for at least two years. Last summer it was trying to fetch $150 million, but found no takers. Even AOL passed and decided to launch its own competing SEED platform instead, and AOL CEO Time Armstrong is an investor in Associated Content. Another interesting connection is Huffington Post CEO Eric Hippeau, who is a Yahoo board member and was connected to Associated Content from his days at Softbank Capital, which is another investor but is now winding down its portfolio.

The move by Yahoo has some industry observers shaking their heads. It clearly is in keeping with Yahoo’s renewed emphasis on the media side of its business. Associated Content taps into 380,000 contributors who write up articles, snap photos, and create videos on-demand for any topic. In that way it is Yahoo’s way to play in the growing world of crowdsourced media, a strategy that AOL’s Armstrong is pursuing aggressively with his launch of Seed (for text articles) and recent $36.5 million acquisition of StudioNow (for video). Demand Media, of course, perfected this low-cost, low quality but search engine-friendly approach to digital media.

And that is the part that has people scratching their heads. Yahoo is clearly out of the search business through its approved deal with Microsoft. What is left are its owned-and-operated Yahoo sites and its ad network. So far, Yahoo has skewed towards the quality end of the spectrum in terms of online content. It is a brand other brands can trust. But Associated Content operated in another realm, that of non-premium content and related display advertising. It is closer to the performance-marketing end of the scale. More content on its site means more ads, but Yahoo does best on its home page and main portal pages where quality content is expected by consumers and advertisers alike.

It remains to be seen where on the quality spectrum Yahoo’s new content farm will sow its seeds. Maybe Yahoo just wants the technology platform and access to all of those crowdsourced contributors. But it didn’t need to pay $100 million for that. At the very least, it gives Yahoo a way to cheaply create content around trending topics as determined by its search data and traffic patterns on its properties. Associated Content can also help with Yahoo’s mobile and local efforts by providing cheap, customizable profiles of local businesses and points of interest against which Yahoo can also sell ads. I am starting to speculate at this point, but there are a lot of things Yahoo can do with this platform. For its sake, I just hope it cuts back on the “Greengasm” articles on eco-friendly sex toys.