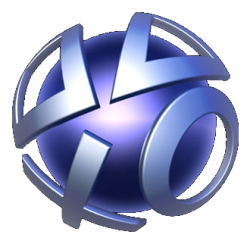 In my lower moments I can be found browsing various message boards, watching mere children argue over what video game console is superior, the Xbox 360 or the PS3. No, I’m not lying, sad as that may be. Eventually the PS3 supporters whip out this gem: “Yeah, well at least we don’t have to pay to play online,” which is a clever dig at Xbox Live’s $50 price tag. Don’t tell them this rumor, then: Sony will unveil a PSN Premium at E3 next month, and it will cost money.

The deal is that Sony will announce a PSN Premium of sorts at E3. It won’t affect the way you play PSN right now, so I don’t know why I raised that specter a few sentences ago. The day after it comes out, you’ll still be able to shoot your friends dead in Modern Warfare 2 totally gratis. Rather, this premium service will add all sorts of bells and whistles such as a free game every month and a music streaming service à la Spotify (which is great, I’m using it right now as I type).

Those are the only two items mentioned, a free game and a music streaming service.

Again, I must stress that this is merely a rumor, one of many pre-E3 rumors that are floating around out there, ruining people’s lives and causing public relations departments to copy-paste “It’s not our policy to comment on rumors” in e-mail after e-mail.

Depending on the game, the free game gimmick may just sorta be “meh,” but if you were able to play Racing Game with any song in this streaming service’s catalog, well, that would be neat.

What else could such a premium service add? Not being a PS3 owner, I’m only vaguely familiar with PSN’s offerings. Maybe Sony will throw unlimited (or limited!) movie rentals/streams, something along those lines.

I have no idea, clearly.