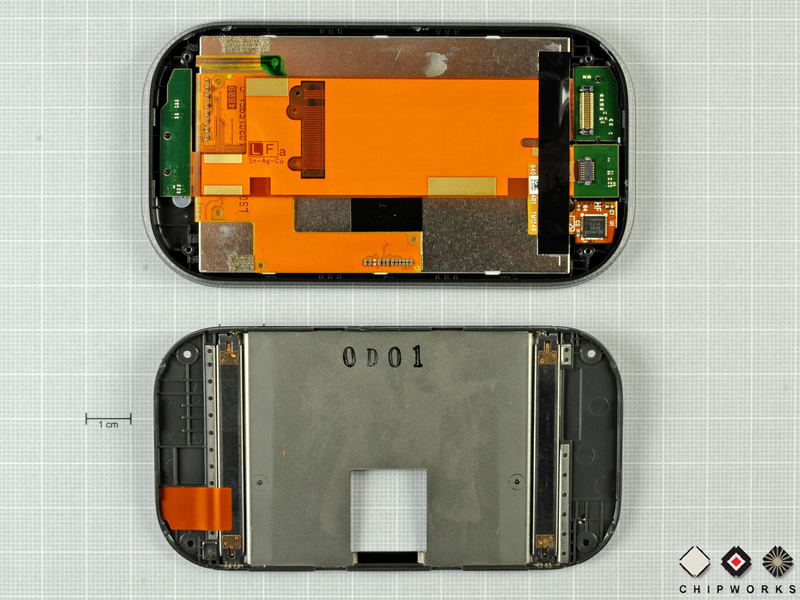 I know you’ve been wondering what’s in the Kin Two since it first came out and now you can see the phone’s delicious innards up close. iFixIt tore it up and found an Nvidia Tegra processor, which is nice, and “two very cool springs.” Where did they hide the magical unicorn hoof shavings?

* The Kin Two has two very cool-looking (to a mechanical engineer) springs that keep the phone’s halves either fully-open or fully-closed.

* For being able to shoot all of 8 megapixels, the camera only eats up about .5 cm^3 of space inside the Kin.

* Samsung’s moviNAND KLM8G4DEDD package supplies the 8GB of storage space for the Kin. It features a very advanced thirty nanometer architecture, and can transfer data at speeds up to 52 MB/s.

* Avago has two chips inside the Kin Two: an ACFM-7103 CS/Cellular/S-GPS Qunitplexer and an ACPM-7353 dual-band power amplifier.

* Taking a cue from the iPhone and Zune HD, the Kin Two has an accelerometer. It’s an STMicro 331DL 3 Axis nano MEMS (microelectromechanical systems) device.