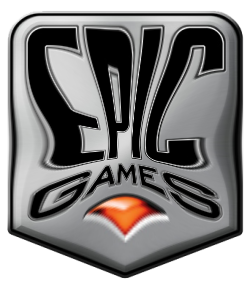 Anyone else tired of video game publishers complaining about piracy? Like, human nature is such that you’ll always have a bunch of knuckleheads who will hop on BitTorrent and download away. Forget them, they’re jerks. Just focus on the non-jerks out there and go about your business. Anyhow, today the spotlight falls on Epic Games, makers of Unreal and Gears of War. Seems those guys think that all the money these days is in consoles, so PC gamers will have to get used to crummy ports or nothing at all!

We still do PC, we still love the PC, but we already saw the impact of piracy: it killed a lot of great independent developers and completely changed our business model… So, maybe Facebook will save PC gaming… but it’s not going to look like Gears of War.

Where is it written that Gears of War is the end-all, be-all of video games? Not going to “look” like the game? What, dozens of shades of brown and gray? Gears was a lot of things, but I don’t know if I’d ever call it “pretty.” Slow down, Epic. It’s not like you’re making Okami over there.

But let’s not single out Epic Games. It’s the same story over and over again: piracy is killing us, so we’ll have to do something else. Of the Xbox 360 and the PS3, what has the most piracy? Pretty sure it’s impossible to pirate PS3 games. And what system has done better, sales-wise? That would be the Xbox 360.

So clearly piracy = ruination. Not that I’m defending piracy, of course, but I would appreciate if publishers would find a new demon to blame their ills on. Maybe sun spots?