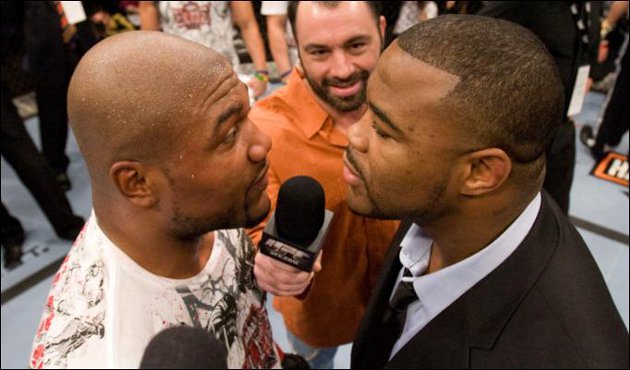 UFC President Dana White believes the Internet is the future of television, so this Roku deal makes all kinds of sense. Beginning with next week’s pay-per-view, UFC 114, Roku owners will be able to stream live UFC events right to their TV. It’s in HD, too. Nothing but the best for you guys!

In addition to being able to stream pay-per-view events, Roku owners will also be given access to the UFC Vault, an on-demand network where you can find more fights than you’d probably ever want to see.

As stated, the deal goes into effect starting with UFC 114, the May 29 pay-per-view event headlined by Rampage Jackson v. Rashad Evans. You’ll recall that these two guys were the trainers on The Ultimate Fighter 10 last fall. They don’t like each other, if we’re to believe the Spike TV specials that have been airing.

“What’s Roku?” I’m glad you asked. It’s a tiny box, a little smaller than your average cable box, that you plug into your network to stream video content over the Internet. Prices start at $79. There’s no PC required, so don’t worry about having to dive into your Registry just to be able to turn the damn thing on. You’ll need a broadband connection, of course, and the company recommends 3.0 mbps (or higher) downstream to stream video effectively. In addition to UFC, you can use Roku to stream Netflix, Amazon Videos on Demand, and MLB.TV.