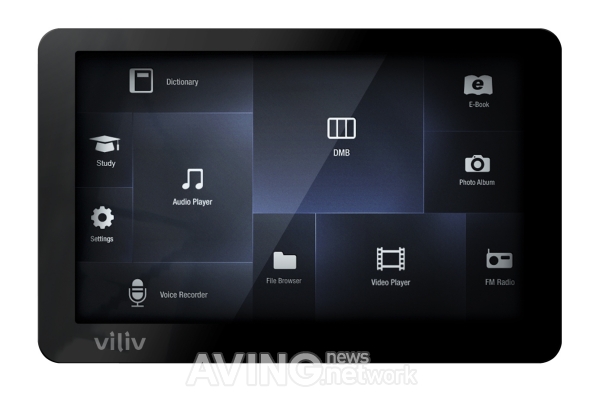 We’re big Viliv fans here and are glad to see the companies first PMP hit the market. They are one of the few companies that out nearly identical products in the states as Korea. The don’t dumb-down its products for the American consumer. Nope, we get all the fun stuff, too. Like the HD5 PMP. Now, we just need a valid reason to need a PMP in 2010.

We first got to play with the HD5 back at CES and it’s a fun little device. The 5-inch WVGA LCD screen is about the right size, nearly big enough to justify carrying this along with a smartphone, but not too large where it doesn’t fit in a pocket. The battery should hold up to 13 hours of video playback and 47 hours for audio. There’s even an SDHC slot if the internal storage of 8GB, 16GB, or 32GB isn’t enough.

A custom skin running on top of Windows CE 6.0 powers the device but is said to be able to playback 1080p MKV files. Hopefully there is still plan on releasing the device here in the states. Most smartphones can preform the same tasks, but the larger screen and killer battery life makes quite a case for owning both. [AVing via UberGizmo]