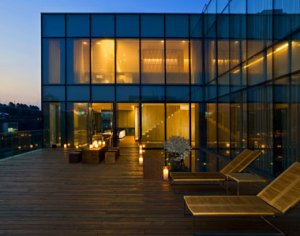 I’ve long been critical of how hotel rooms are found and booked online. It’s impossible to tell quality and cleanliness from a standard write up, photos and a star rating, let alone have any idea of the quality of things like the restaurant on site, the friendliness of the staff or the millions of other little things that can make a hotel stay a pleasure or a nightmare.

And no, consumer reviews don’t solve it. I recently stayed at a top rated hotel on Trip Advisor that was one of the worst customer service experiences I’ve had in the last year. And given that I spent about 30 weeks in hotels in the last year, that’s saying something. Among other issues, the hotel-in-question “accidentally” charged me nearly $700 mid-stay, let alone my final bill was supposed to be under $200. It took hours out of each day to resolve. The hotel wound up refunding us, but the trip was already ruined.

That’s what makes booking a hotel online such a risky proposition: A bad flight you can forget, but a hotel necessarily sticks with you during a trip, making or breaking it. A good flight is more of a commodity product, defined by price and route and, of course, being on time the day of travel. And aisle seat is an aisle seat, and a window seat is a window seat. There’s a shared vernacular of what things mean for that period in the sky, even across international carriers. On a domestic flight in China, the flight attendants required that everyone do calisthenics half way through to prevent bloodclots, but we still got the same beverage cart, same reclining seats, same overhead bins and same bathrooms I’d get on a United flight to New York

With hotels there are a host of intangible variables, and that makes booking a core problem of trust. I’ve stayed in more than 20 hotels in the last year. In almost all cases, a personal recommendation from someone I trust has scored me the best experience, anything booked online or with an agent has been acceptable to bad—no matter what the photos looked like online.

Finally, one site seems to have solved a piece of the problem: Jetsetter. Yes it’s part of the much-written-about Gilt Groupe. But while most of the group-buying trend is about convenience and saving money, for me Jetsetter actually solves a core problem. Not only do a get a great discount on top properties, this is the first online travel site where I actually trust the recommendations.

While mass-market travel sites compete on bigger inventory and “virtual room tours,” Jetsetter comes the closest to replicating what happens in the real world: They are picky. They curate the best properties. The pictures are visually stunning enough that browsing the site is actually fun. (Have you ever said that about, say, Hotels.com?) Someone has clearly stayed at each property and writes up the unvarnished good and the unvarnished bad. And of course, being part of Gilt, it has great deals. Most the hotels I have looked at or booked through Jetsetter hovered around or under $200 a night for some amazing $300-$400/night properties.

So curating itself is a big part of why I trust Jetsetter, but equally as important is that the site, so far, curates incredibly well, at least according to my preferences. Just using the site a few months, Jetsetter has offered specials by three of my all-time favorite hotels: The Opposite House in Beijing (above), The Sonoma Mission Inn in Wine Country and The Royal Palms in Phoenix. It’s as if the site is reading my mind—the pinnacle of a good user experience.

I’ve stayed at all three of these hotels and the room, food, customer service and amenities were all impeccable. I was already planning to go back to the Opposite House in May, but thanks to Jetsetter I got a great rate. As for The Somona Mission Inn and the Royal Palms, I had stayed at both in the last few years as part of speaking gigs where my rate was included in my fee. I never thought go back, even though I enjoyed the experience because the rates were out of my normal writer-salary price range. But the Sonoma Mission Inn for less than $200 a night is suddenly a do-able weekend getaway. What’s more: Because Jetsetter has picked three of the best hotels out of the 40 or so I’ve stayed at in the past few years, I just trust its recommendation on nearly any property they show me in a way that I don’t on any other site. Like a friend, I feel like we have the same taste.

The clear problem here is scale. Right now, Jetsetter can’t solve all my travel problems because of what makes them great: They are picky and rely on special sales. It’s a site that I may only book through a few times a year mostly for weird cases when their specials happen to overlap with my schedule (in the case of the Opposite House) or when I have a week off for a Holiday and want to go somewhere but don’t quite know where (in the case of the Sonoma Mission Inn) or if I know I need to get to, say, New York for work at some point, but exactly when is flexible.

A Jetsetter customer doesn’t have to spend a lot—most of these properties aren’t much more than a basic Marriott or Hilton Express and what you get is frequently over-the-top amazing. But you do have to be a frequent, spontaneous or somewhat random traveler to use the site consistently.

My fear is that Jetsetter will try to be a site for everyone, instead of continuing to do what it has done so well: Curate, editorialize and get stellar deals on truly amazing properties. This is the difference between Web 1.0 and Web 2.0—the market is big enough you don’t have to be all things to all people, you can serve a part of the population better than anyone else and win. I would rather the site didn’t solve all of my travel problems, and solve a few this well than become a high-end Hotels.com for the masses.

Please, Jetsetter, don’t follow the classic Web playbook and grow so big you strangle something great.