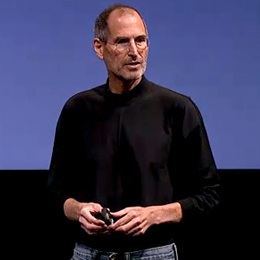 For many years, tech fans have known that Steve Jobs will occasionally respond to messages directed to his well-publicized email address. Most of the time his responses consist of snappy one-liners, often containing a nugget of new information. But it’s rare to hear about a full-on debate, with Jobs offering some rationale behind Apple’s highly controversial decisions.

That’s exactly what happened last night, when Gawker writer Ryan Tate got irritated by an Apple ad describing the iPad as “a revolution” and shot off an email to Steve Jobs. Three hours later, at nearly 1AM, Jobs replied, and a passionate email debate ensued. The email exchange is mainly focused on Apple’s stranglehold on the iPhone OS platform, and its decision to force developers to build applications using Apple’s tools.

Tate is clearly agitated throughout the exchange (in his blog post he notes a few things he regrets writing in his email responses). For the most part Jobs seems to be level-headed, though he does take a jab at Tate at the end. Through it all, though, one thing is clear: Jobs is on a mission to reinvent computing. He’s well aware of the controversies, and for better or for worse, it sounds like he genuinely believes that what Apple is doing will lead to a better future.

You can read the entire exchange on Gawker here, but here are a few interesting responses from Jobs:

If Dylan was 20 today, how would he feel about your company?

Would he think the iPad had the faintest thing to do with “revolution?”

Revolutions are about freedom.

Here’s a later back-and-forth (note the jab Jobs takes at Tate at the end):

Was it a “technical issue” when Microsoft was trying to make everyone write to the Win32 API? Were you happy when Adobe went along with that?

You have the chance to set the tone for a new platform. For the new phone and tablet platform. The platform of the future! I am disappointed to see it’s the same old revenge power bullshit.
…
PS And yes I may sound bitter. Because I don’t think it’s a technical issue at all — it’s you imposing your morality; about porn, about ‘trade secrets’, about technical purity in the most bizarre sense. Apple itself has used translation layers and intermediate APIs. Objective C and iTunes for Windows are testament to this. Anyone who has spent any time coding knows the power and importance of intermediate APIs.

And I don’t like Apple’s pet police force literally kicking in my co-workers’ doors. But I suppose the courts will have the last say on that, I can’t say I’m worried.”

You are so misinformed. No one kicked in any doors. You’re believing a lot of erroneous blogger reports.

As for us, we’re just doing what we can to try and make (and preserve) the user experience we envision. You can disagree with us, but our motives are pure.

By the way, what have you done that’s so great? Do you create anything, or just criticize others work and belittle their motivations?