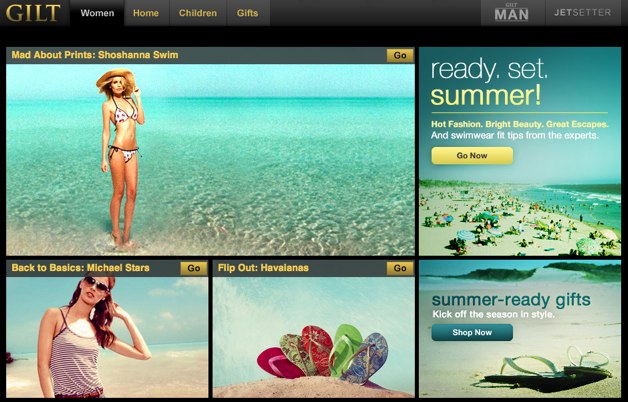 Gilt Groupe has just raised another $35 million according to a regulatory filing submitted on Friday. Gilt has not suffered for lack of cash, the online sample sale site has raised a total of $48 million in previous rounds from Matrix Partners and General Atlantic, its previous round of funding (July 2009) put its valuation at roughly $400 million.

Update: According to Gilt, the round is an extension of the last round, which included General Atlantic and Matrix Partners. The company confirms that this round puts Gilt at a higher valuation.

On the revenues front, Gilt’s trajectory has been even more impressive. When I talked to Gilt’s CEO, Susan Lyne, last fall she was predicting revenues of $150 million for 2009 (roughly triple 2008’s $50 million)— the company surpassed that bar with $170 million. She said Gilt was on track to triple its revenues again in 2010 (from $150 to $450)— don’t be surprised if Gilt surpasses the $500-million mark as well.

That growth should be supported nicely by Gilt’s recent initiatives: it launched Jetsetter last fall, an iPad app in April and a local flash sales site for New York, Gilt City. The Gilt City venture shows it’s hungry for a piece of the daily deal market, or rather, to go head-to-head with Groupon (which has also enjoyed a rapid acceleration in revenues and boatloads of investor capital— Groupon’s latest round of funding put its valuation at $1.35 billion). Although Gilt City pre-launch version only concentrates on the New York market, the company is clearly paving the way for a national campaign that would likely cover every major metro area.

If Gilt can take some of Groupon’s shine, that would elevate Gilt’s valuation even further, prepping it for what many believe is an upcoming/inevitable IPO. In an interview with the WSJ in May, Lyne said the company could go public as early as next year.