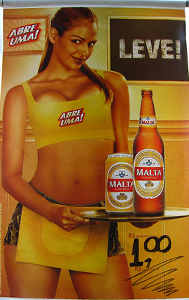 Now that Apple has rolled out its very own mobile app advertising program, iAd –hey, better name than iPad, at least –and Verizon is making a rival tablet, the advertising industry is poised for disruption. Whoever can best use geo-local data to deliver realtime relevancy will make advertisers very happy. Ads will get more interesting and interactive on elegant devices.

And that’s just the tip of the iceberg.  Big ad budgets are moving online, where brands are trying to figure out how to make display ads work for them the way search ads work for direct marketers.  There is a whole array of new targeting techniques, not to mention social marketing campaigns that build buzz across YouTube, Facebook, Twitter, and beyond.  It’s all very confusing.  So we’re assembling some of the smartest people we know in advertising to discuss these changes at Disrupt, our technology and media conference taking place May 24-26 in NYC.

They include Samir Arora, the CEO of the giant women’s ad-network and publisher Glam Media and Zaw Thet, CEO of SMS-advertising firm 4INFO, which counts as clients media properties like NBC, Moviefone and MySpace. Brian O’Kelley is CEO of AppNexus, which debuted its realtime advertising platform this year.  He helped shape Right Media’s technology, leading up to an $850 million acquisition by Yahoo in 2007. Eric Wheeler, CEO of 33Across, was helping Ogilvy march into a Brave New World in digital advertising before founding his online social-graph marketing firm.  From publisher to mobile marketer to technologist to ex-Mad Man, this line-up will offer insight on the best ways to continue reaching the right audience—and the technologies that will come to dominate the markets.

Disrupt’s early-bird price expires tomorrow. Get tickets here. Or, learn more about exhibiting as either an early-stage startup –special pricing — or a big man on campus here. And check out our amazing speaker lineup.

And then there’s Twitter’s roll-o

ut of new ad programs and Facebook’s continual expansion to creating one gigantic social graph. Not to mention  the changing market dynamics  of how inventory moves on exchanges vs. networks, demand-driven networks and auctions, and the FCC’s ongoing inquiry into privacy and behavioral targeting. We want to hear what ad-tech entrepreneurs have to say. And we want to hear what you have to say, too. We’re pulling the audience onstage for some of the conference.  Will you be there?

Finally, calling all Web developers: check out our pre-event Hack Day, a gonzo overnight marathon of creativity and building products. Mashery just signed on to present an API workshop, as did SimpleGeo. Hack Day sponsor Facebook and Disrupt sponsor Yahoo will also be offering workshops. Google‘s Don Dodge will help us pick a winner on Sunday. 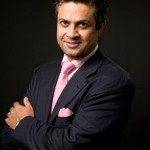 Samir Arora
Founder, Glam Media
Samir Arora helped found Glam Media as a better way for premium brand advertisers to connect with audiences online. Under his leadership, Glam Media has grown from a tiny startup with a reach of 100,000 monthly unique visitors, a network of 12 publishers and its owned and operated site Glam.com, to become the #1 online environment for women and one of the Top 10 Media Companies in the US, with over 80 Million unique visitors a month. A technology industry veteran, Arora is a serial entrepreneur who was at Apple Computer in its early years and was CEO of NetObjects, where he drove the creation of the first website-building product, NetObjects Fusion. Arora also currently serves as chairman of Information Capital LLC, a venture-capital fund that invests in leading-edge “big idea companies” in consumer publishing, media, and technology. 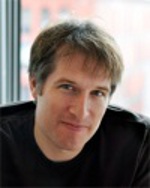 Brian O’Kelley
CEO, AppNexus
Brian O’Kelley is the CEO and Co-founder of AppNexus, an advanced ad platform specializing in real-time advertising. Widely considered a visionary in the field of online media, Brian created the first successful ad exchange as CTO of Right Media (acquired by Yahoo for $850MM in July 2007). Prior to Right Media, Brian was CEO of Netamorphosis, an early social networking and e-commerce site for events and venues. Brian was also an early innovator in real-time personalization and real-time ad optimization at LogicSpan, a consulting and technology integration firm, and later co-founded Cetova, a web-based reporting and analytics platform for enterprise financial systems. While earning a computer science degree at Princeton University, Brian started a web design firm, building an open-source e-commerce engine used by more than 100 companies. Brian is an active partner at Grape Arbor, an angel investor group. Since its founding in 2006, Grape Arbor LLC has made investments into more than a dozen technology companies. 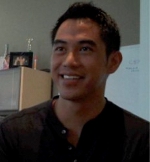 Zaw Thet
CEO & Co-founder, 4INFO
As the CEO and co-founder of 4INFO, Zaw Thet is helping to set the bar for how brands reach and engage consumers with content on their mobile devices. A veteran of the software/wireless industry, Zaw has a successful track record for leading companies to outstanding growth and performance. Prior to 4INFO, Zaw was part of the early social networking industry, as a Director at Spoke Software. Zaw also did a short stint at IBM, was the co-founder and CEO of GetInventory, a web-based supply chain management company, and was a special consultant to the San Francisco 49ers. Zaw has been a featured speaker within the mobile and interactive advertising industry, recently appearing at iMedia Brand Summit, and the Mobile Media Investor Conference. Zaw has an MBA from the Stanford Graduate School of Business, where he was a Soros Fellow. 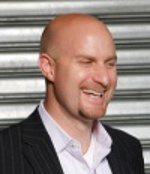 Eric Wheeler
CEO, 33Across
Eric Wheeler is CEO of 33Acroos. Prior, Eric was the CEO of Neo@Ogilvy and Executive Director of Ogilvy Interactive North America. Under his leadership, Ogilvy Interactive’s revenue grew five-fold from 2003-2007 working with leading brands including IBM, American Express, TD Ameritrade, Cisco and Yahoo!. Eric was co-founder and President/COO of Lot21, the award-winning digital agency that sold to Carat in 2002. Eric’s 18-year career includes leadership positions at CNET, Young & Rubicam and Anderson Lembke in San Francisco. Eric holds a B.A. in Political Science and Philosophy from Boston University.