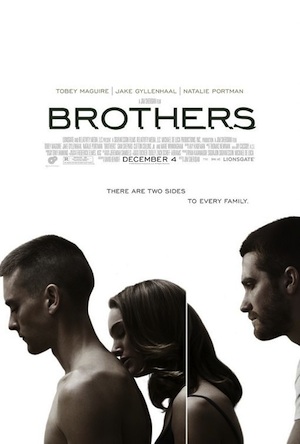 In Jim Sheridan’s 2009 film Brothers, Jake Gyllenhaal and Tobey Maguire play two siblings that are opposites. Maguire’s Sam is an Army captain, a straight-laced hard worker, and a family man. Gyllenhaal’s Tommy is a fresh-out-of-jail convict, a general screw-up, and someone who doesn’t seem to care anyone but himself. But then everything changes (and I’m not giving anything away that isn’t in the trailer). Sam goes off the deep-end and becomes the erratic one, while Tommy morphs into the hard-working family man. The only commonality the two share is Natalie Portman’s Grace, Sam’s wife who Tommy falls in love with.

Convoluted metaphor aside, what I’m trying to say is that Twitter and Facebook are becoming more like one another. I think this obvious fact is getting lost in the latest Facebook privacy debacle. Just imagine if Facebook had been more like Twitter from the start — which is to say, open (with your data). We wouldn’t be having this privacy debate right now. Sure, you could argue that Facebook would never have grown to a network of nearly 500 million users. But Twitter is already at 100 million (and counting) built on top of its public sharing model.

It’s complicated because Facebook is trying to become Twitter. Everyone has joked about this for a while — ever since the Status Update became the focus of the profile, and the News Feed became a stream of faces — but it’s actually happening. The difference is that Facebook has a lot — a lot — more data than Twitter. Forget 140 character limits, we’re talking gigabytes upon gigabytes of photos, videos, games, etc. And, of course, a lot of this data started out as private — by which I don’t actually mean “private,” but rather “protected.”

Facebook believes, for better or worse, that moving from a model where much of the data is protected to one where it’s public is the future of the Internet. Twitter has had that vision from the start. By default, everything is public, but you can choose to protect your account (which only a small percentage of users actually do).

For the record, I think Facebook is right. I think their execution of this transition has been pretty poor. And I think their privacy settings are a tangled disgrace (can’t we just do this?). But I think they have the right idea.

I also don’t believe that Facebook or Mark Zuckerberg are inherently evil beings setting out to rip away our privacy and ruin us. Is some of what they do motivated by the need to make money? Of course. Is most of it? Maybe. But I also believe that a lot of people at that company do want to put out the best product imaginable.

Facebook has a unique opportunity to fundamentally change the web over the next several years. Some people hate this idea, some are more open to it. But it’s going to happen. We’re in a time period where users are more open to using closed systems (see what I did there?). That will shift eventually, and I think Facebook knows that. And that’s why they’re opening up, and sinking their talons (their data) into the very fabric of the web, to try to hang on for the long haul.

If you actually do believe Facebook and/or Zuckerberg are evil, close your Facebook account right now. Seriously. Don’t write a blog post about wanting to do it. Don’t tweet about it. Don’t (humorously) leave a Facebook status update about it. Just do it. Immediately. There, see how easy that was? And if you really believe that, why didn’t you do that before?

Of course, most people won’t be deleting their Facebook accounts (even the ones who say they will). History (and by that, I mean the past few years) has shown us time and time again that users love to complain loudly about Facebook changes. Boycotts are threatened, moves to competitors are suggested, plenty of lawsuits are thrown around. And yet, Facebook endures. No, it thrives.

Is this a particularly heated debate? Yes. But it too will blow over.

Facebook, as they tend to do, only seem to make matters harder on themselves. Right now, they’re scrambling around trying to come up with a way to calm everyone down. Elliot Schrage’s overly long, overly vanilla, overly everything, New York Time’s Q&A didn’t do the job. It may have made things worse. Sometimes I wonder if Facebook acted more like Apple — that is, simply not respond to pretty much anything — if controversies would go away even quicker. Instead, they have to have an all-hands meeting tomorrow to group-think their way out of this fiasco.

Good luck with that.

My answer would be the simplest one: stay the course. You’ve already ripped off the Band-Aid, don’t try to put it back on again to rip it off slowly. That will just be more painful.

The key stat that Facebook should be watching is also simple: users. While everyone on the web may seem to be bitching, unless user growth stalls, does it really matter? The company has clearly already made its decision to morph into Twitter. (But a bigger Twitter on steroids.) Delaying that transition now only seems to suggest they may think it’s not the right one.

Twitter is ahead of the curve. Sure, it may not seem like it as a simplistic social network in which you share 140-character blurbs. But they have the right foundation (whereas Facebook does not — yet).

At its root, Twitter is pretty much the opposite of Facebook. When it started out, I find it hard to believe that anyone (even creator Jack Dorsey) believed it would one day morph into the future of social networking. At the time, it was simply a way to share status messages. It was a bit like sending a post card, or a text message. It was simple, short, and sweet.

And then it caught on.

And that’s why Twitter is faced with the opposite problem that Facebook has. They have the open foundation down, but now they have to build the house above it with all of the valuable data. Whereas at first you could only do a few things on Twitter: send a public message, send a direct message, reply to someone, etc. Now you can do a bunch of things. Retweet a message, add users to lists, search, etc. And Twitter is about to get more robust.

With Annotations, Twitter will all of a sudden have several more layers of information. If you think about it, this isn’t all that different from some of what Facebook has. Say you tweet about liking a movie — with Annotations enabled, Twitter will easily be able to tell that you’re talking about a movie, and which movie. This is essentially the same as you hitting the Facebook Like button on an IMDb movie page. Or adding the movie to your list of favorites manually.

But even with Annotations, Facebook will be far ahead of Twitter in things such as pictures and movies. But is it really? Twitter has supported pictures and movies from early on, they just support it through their ecosystem. This saves them the burden of having to open massive datacenters for content that isn’t easily monetizable at this time.

And yet, if they want to add the ability to store pictures on their own and bake it into Twitter itself, they can easily do that at any point. And you better believe they will if they think it’s worth it. Right now, the main reason it seems to be worth it is social graph lock-in. But as I noted earlier, Twitter isn’t having any problem gaining users without that.

Games are another area where Facebook has Twitter beat. But as we’re seeing now, with Zynga, there’s also downsides to this model. Instead, Twitter again relies on the ecosystem for this type of thing. This gives Facebook a huge advantage in time spent on the service, but Facebook’s key to monetizing this, Facebook Credits, has yet to roll out. Still, with games on the site, it will be a lot easier for them to do this than it would be for Twitter to. I suspect we may see some movement from Twitter in that regard in the next year or two.

Twitter’s new @anywhere platform is their answer to Facebook Connect, but Facebook is already moving beyond that with the new Open Graph elements. Twitter is going to need to iterate this quickly to catch up.

So while it may not appear so on the surface, Twitter actually stacks up fairly well against the much-larger Facebook going forward. Again, this is largely thanks to their inadvertently correct foundation. And yet, Twitter has another kind of problem.

Facebook is a horribly complex service. It’s much more complex than it should be. Most of this is due to an awful jumble of confusing settings (like the privacy ones). But users put up with this because they always have. While Facebook has gotten more complex over time, it has been a gradual build-up.

Twitter, by comparison, is still very simple. But because of this simplicity, it’s addition of complexity is also much more noticeable. There has already been backlash about the new-style Retweets. Just as with backlash against Facebook, the Retweet backlash appears to have blown over at Twitter, and many people seem to be using the feature. But there will be more backlash as more features come.

Twitter also features intense backlash when they release things that compete with their ecosystem. Because Twitter has relied so much on the ecosystem during their growth, now that Twitter is actually adding features, the ecosystem is understandably wary. Twitter bought its own iPhone app. Twitter made its own Android app. Twitter is hinting at new features that will rival third-party clients. If you’ve been a developer in the Twitter ecosystem for a while, this is scary stuff.

In a perfect world, I’d prefer to see Twitter keep things as simple as possible. But I know that’s not reality. Because they too are a business. And they too want to be the main place where people share on the web. They want 500 million users, and they want more data. They want to be Facebook — but more public. And Facebook wants to be Twitter — but with more data.

It’s the Facebook-ification of Twitter. And the Twitter-ification of Facebook. And it’s happening before our eyes. Expect a lot of bitching to continue in the future.

For fans of ABC’s show Lost, it reminds me of two other brothers. 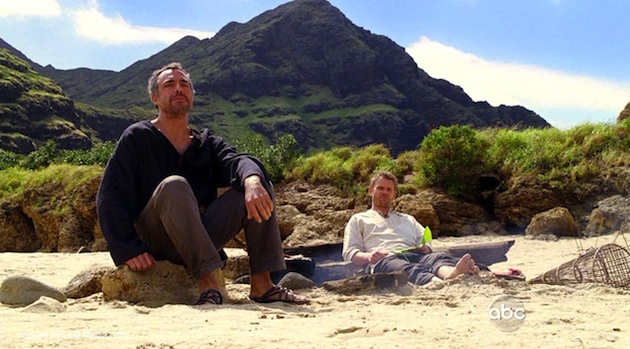