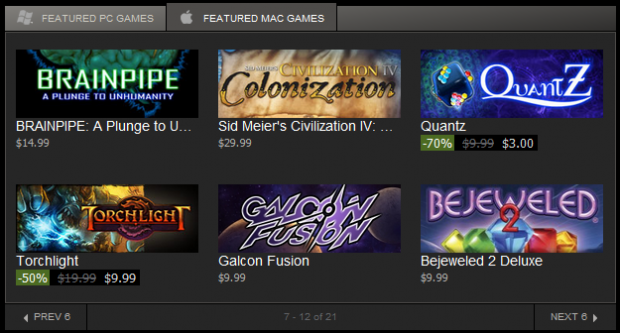 Steam is finally available on OS X. That’s awesome. But the platform still has a ways to go before a Mac is a viable gaming alternative to a PC. One look at Steam’s Featured PC Games and Featured Mac Games will tell you that. 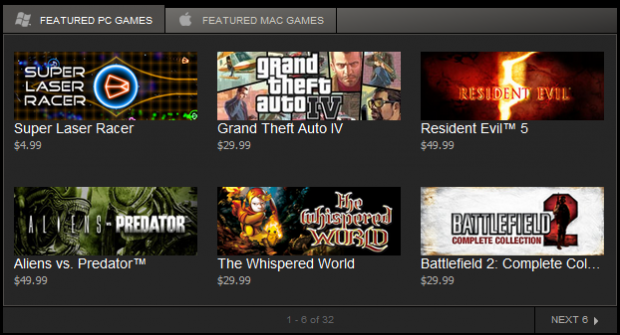 We can’t hate too much. The OS X app just launched yesterday and brought along 64 games in tow. It’s not like Steam’s vast PC gaming library can be ported to OS X overnight. But the first step has been made. Hopefully soon gamers will not be discriminated against simply based on their OS of choice and everyone from Windows users to Mac fanboys to Linux geeks will join together around the common goal of fragging. Until then though, it’s probably okay to point out to your Mac buddies that gaming on OS X is still a joke.