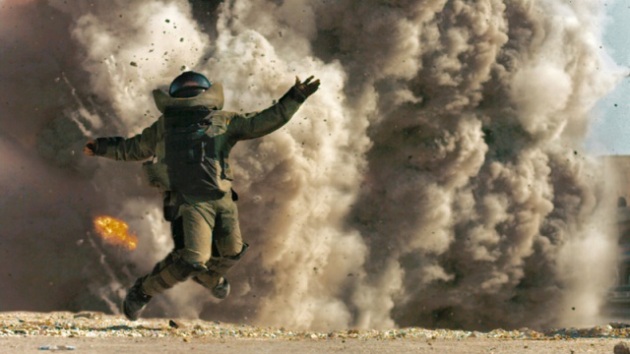 Hope you didn’t download The Hurt Locker with BitTorrent because it looks like the film’s producers may be coming after you. They’re looking at a multi-million dollar copyright infringement lawsuit that would target “tens of thousands” of users. Let’s discuss this for a moment.

One of the main reasons why the lawsuit has been put into action is because the movie, despite its critical acclaim, only made a little more than $16 million at the box office. Part of that is because the movie wasn’t even in theaters as it was winning awards left and right. A movie can’t make money if people can’t see it, you know? The other, far more ominous (not to mention convenient) reason is that, well, people pirated the movie!

A version of the movie had been available online for quite a while before its U.S. theatrical release, but downloads didn’t pick up till Oscar season.

The lawsuit will target people who downloaded the movie via BitTorrent . It’s not exactly sure what sites are being targeted, whether or not “private” sites are among them, but do not be surprised if you get a nice letter in the mail soon.

Like other such actions, you’ll probably be asked to cough up a certain amount of money, presumably in the thousands of dollars, or face the wrath of the court system. The point isn’t so much to make, I don’t know, another $16 million, but rather to scare y’all from hopping aboard the BitTorrent bandwagon.

I will end with this: if you’re downloading from BitTorrent in 2010, you really are rolling the dice. Stop! You may be better off walking into a Best Buy and physically stealing a copy of The Hurt Locker on Blu-ray than downloading a rip from some BitTorrent site. I’m almost positive the fine and/or punishment for theft is less than the fine and/or punishment for copyright infringement at this point. And no, that makes zero sense, but whatever.

Or, as Ron just said on Ron and Fez, you’re not entitled to The Hurt Locker simply because it exists.