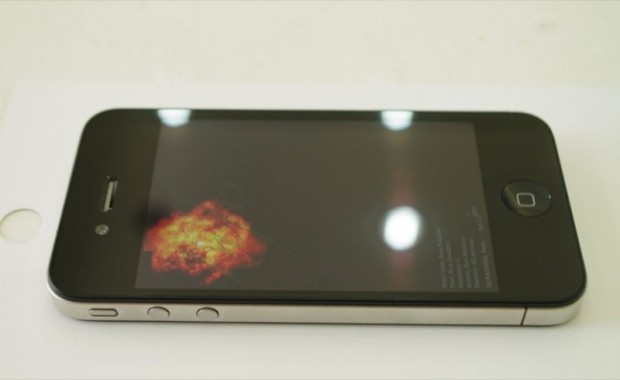 This is just silly now. Another iPhone has leaked onto the Internet. What kind of ship does Steve Jobs run over there at Apple? This time around they aren’t going to be able to bust down the owner/seller/stealer’s door seeing as it all went down in Vietnam. Then again, anything is possible with the Apple gestapo.

But somehow a Vietnamese website got a hold of the device. The back story really doesn’t matter right now. They got and posted pics and video — good for them. The site went a bit farther than Gizmodo, though. They actually tore it apart, revealing a nice little surprise.

It seems that this prototype is a bit farther along the evolutionary path. There a no longer small screws next to the dock connector on the bottom. Overall it just seems a bit more production-ready than the prototype left in a bar a few weeks back.

The big surprise, however, came during the teardown. It seems this boy is powered by a reduced version of the A4 CPU that also runs the iPad. There’s no indication of the the actual clock speed of the Samsung manufactured chip, but it marks a significant, if not predictable, deviation from the iPhone norm. It’s probably safe to say the iPhone OS 4’s multitasking was coded with this platform specifically in mind and should run like a dream.

Of course we’re going to have to wait just a few more weeks before ol’ Steve-o shows off what the final version, but there isn’t much to wow the crowd anymore. After both the iPhone leaks and the press event showcasing the wonders of iPhone OS 4, what’s left?

Hopefully Steve just walks on the stage and says “Alright, jerks. iPhone 4G, $199 on both AT&T and Verizon.” That would be grand.