Founded in late 2008, the Cambridge-based company allows users to create online work groups where members can share calendars and files, host web conferences, conduct group polls, and send texts and voice messages. According to CEO Dana Lampert, a large portion of the new funds will be used on Wiggio’s mobile initiatives: the company is on track to roll out a mobile version of its website in mid-June and native apps for the iPhone, Android and Blackberry by mid-summer of this year. The mobile options will have all the functionality of the original site with the exception of video conferencing.

Since its 2009 launch, the free service has attracted 350,000 users and 750 schools. While a variety of small businesses and non-profits are using Wiggio, the company has focused on its core demographic: the college market.

Its user base is relatively modest compared to its larger rivals, like Yammer (which has more than 600,000 users) and Basecamp, but Wiggio is on a steady growth path— in the last 6 months the user base has grown roughly 43%.  Lampert says he plans to expand and diversify the user base by increasing the company’s marketing budget and aggressively courting high school and small business groups.

That enterprise community will be critical as Wiggio shifts from a free to freemium model. Next month, the company plans to release a “pro” version that will include new features like increased customization, security upgrades, hourly back-ups and possibly a new tool that will help groups find the best time to schedule events (Lampert hints that it will be something akin to Doodle’s service).

Currently, Wiggio’s monetization scheme is a bit fuzzy— or at least fluid. The company has not set a price for the “pro” package and is still crafting a strategy for advertising on its website. Since it has a variety of groups, Wiggio hopes to created targeted ads tailored to the user’s market. The hope, says Lampert, is to be profitable by early 2011. 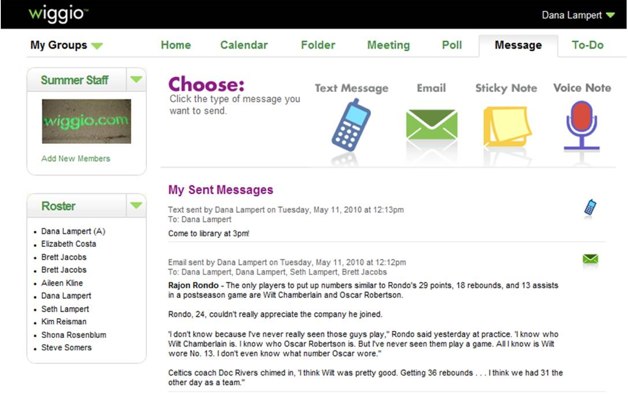 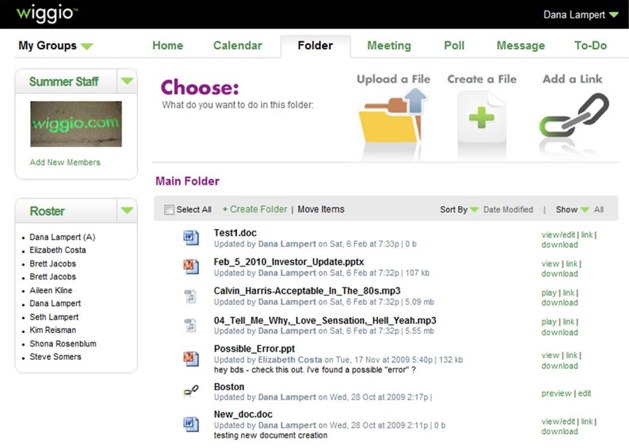