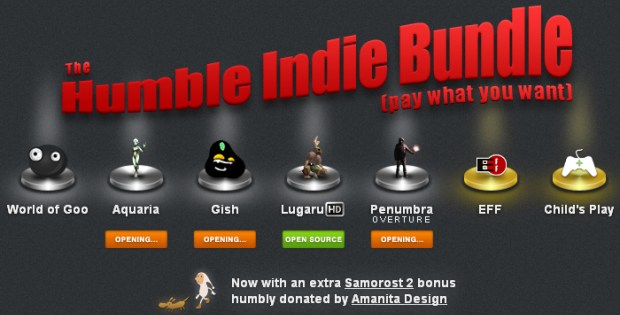 You probably remember the Humble Indie Bundle we posted a few days back when it was just starting out. Little did we know how huge it was destined to be! A million dollars raised for the developers, the EFF, and Child’s Play ($321,295 went to the charities). And now that it has hit a million, the source code for several of the games has been released! They’ve extended the deal by a little bit, so if you were on the fence, you can still head over and pick up the bundle. Congrats to the bundle people and good job to all who donated/bought.