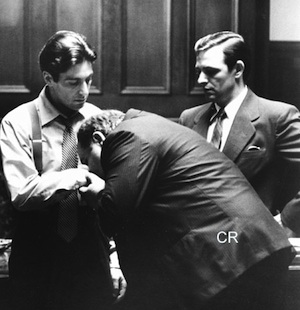 Yesterday, AdAge ran a story that Facebook was preparing to roll out its first true location-based service (beyond its for-fun Presence thing). The story said that the social network was partnering with McDonald’s for a special Facebook app that would allow people to check-in to restaurants and get deals. But apps that use location to emulate Foursquare on Facebook have limited appeal. Much more interesting is what Facebook itself is planning to do with location. AdAge offered a little bit about that in their story, but didn’t go too deep.

Today, they have a new story that, to be honest, seems more like a recap of yesterday’s, but with less of a focus on McDonald’s. According to their sources, Facebook will start allowing users to update their status messages with their location as soon as late May — yes, a few weeks away.

What’s still not clear from all of this is if this location ability will be more like Foursquare or more like Twitter? What I mean by that is, Foursquare is predicated around the idea of checking-in to a specific venue (as are Gowalla, Loopt, and others). Twitter, meanwhile, allows you to tag a tweet with your location — not really a check-in. To me, this Facebook location system sounds more like the latter.

That said, when tied in with the aforementioned McDonald’s app (and apps that other brands will undoubtedly build), the Facebook location plan could turn into more of a Foursquare-like one. We’ve heard that Facebook has been toying with a lot of potential ideas, including federating check-ins from Foursquare and Gowalla. There’s also been talk that they’ve been thinking about acquiring companies like Loopt and Foursquare (though they supposedly cooled on both of those ideas).

And there’s something else to consider. While Facebook may indeed be allowing location-tagging in status updates, it could open these up to other apps besides just the ones brands build. For example, you could use Foursquare to update your status and put your location in this new location field — just as it works on Twitter right now. Again, this would be the federated model.

Given what Facebook has been doing in recent weeks with its Open Graph initiative, on the face of it, this seems like the most obvious solution. Facebook doesn’t want to destroy startups, they want all startups to use them as a central point to distribute their services. They want to seize control of information on the Internet (not necessarily in an evil way).

Plus, with all the recent privacy concerns about Facebook, launching an inclusive location service seems like possibly the worst idea in the world. AdAge wonders if they would make it opt-in or opt-out — if it were opt-out I think the blogosphere would explode.

When I reached out to Foursquare for comment about Facebook’s supposed May location launch, co-founder Dennis Crowley gave me the vague, “First i’ve heard of it… looking fwd to seeing what they launch.”

Facebook, meanwhile, gave me even less; “We don’t have anything to share around timing.  We’ll keep you posted when we do,” a spokesperson said in an emailed message.

I don’t doubt AdAge is on the right trail with the status update location feature, I just think they’re sources may be limited in their scope (as you might expect focusing on the marketing side of things) of what Facebook is planning. I wouldn’t be surprised if Facebook’s location play is more of a challenge to Twitter — which is supposedly thinking about adding place information as well.

If I were Foursquare (or Gowalla, etc) I might be more afraid of what it sounds like Google is doing with Latitude. They’re supposedly going to add the check-in feature — and Latitude is built-in to the Maps application on all Android phones. They’re now growing by 30% each month, and already have 3 million active users (3 times what Foursquare has).

It’s easy to be wary of the enemy you can see. But it’s the one you can’t that could pose the real threat.