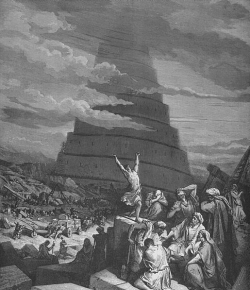 Pretty important day in the history of the World Wide Web, if not the Internet as a whole. ICANN, sorta the Internet’s regulator, will for the first time now allow non-Latin characters for Web addresses. That means that, if we wanted, sometime in the future we could register a Russian version of CrunchGear.com at KPYHЧГИP.PYC (that’s just an example, who knows what the actual Russian country code will be). Took them long enough!

One of the very first Web site to feature a non-Latin character URL is the Ministry of Communications in Egypt, found here. (You may instead see a mangled address. Don’t panic, here’s the Latin address!)

Back in “the day,” non-Latin Web addresses wasn’t such a huge problem because the Internet was still a Latin character-dominated tool. English, German, Spanish, etc. all using Latin characters. But once the Web’s popularity exploded, there was a demand from country’s whose languages didn’t use Latin characters, like Arabic and the various Chinese languages, to obtain support.

And now they have it. It may still take a little while before ICANN works out all the bugs, but help is on the way.