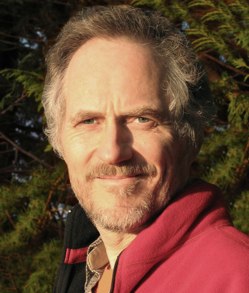 This morning during his keynote talk at Web 2.0 Expo, Tim O’Reilly took a look at the State of the Internet Operating System — a term he uses to describe the intertwined web services like search, the social graph, and payments systems that power applications on the web (and increasingly, mobile devices).

During his talk, he gave a report card of sorts for tech companies like Google, Apple, Facebook and Microsoft. Apple, he says, “has a vision of world domination”, and that with the App Store platform Steve Jobs is trying to build a fundamental challenge to the web. But it falls short in one key area: O’Reilly believes that Apple doesn’t understand the importance of web-based services, as evidenced by its decision to make its (somewhat lackluster) MobileMe service premium, with little in the way of a social graph.

It may not have the mobile dominance that Apple does, but O’Reilly believes that Google is much better positioned as far as the Internet OS is concerned — they’ve invested heavily in technology like speech recognition, which may not work terribly well yet, but is clearly the future. Google’s weakness? That they’re Google, and everyone (including the government) is gunning for them. Another weakness, O’Reilly says, is that Google is trying to “own too much of the pie”, referring to Danny Sullivan’s keynote talk yesterday that outlined some cases where Google is feeding off of users/brands to its own benefit.

Another major player O’Reilly talked about was Facebook. Compared to companies like Microsoft, Google, and Apple, Facebook has fewer bullet points on the report card.  But it has one key asset, and it’s a big one: the social graph. He also says that Facebook has modified its approach — it used to be primarily inbound, where applications were running in Facebook itself through its Platform. Now, the service is focusing more on how it can be useful for others (which ultimately benefits Facebook as well).

This focus, O’Reilly says, is key: companies should be creating more value for users than they’re capturing. And in that respect, he says that Facebook is currently in front.

For more on this, check out O’Reilly’s articles on The State of The Internet Operating System — Part I and Part II.