Social networks are a dime a dozen. Many of them focus on the social, or the networking, independent of other aspects that might bring people together. It’s no big surprise that many of these social networks fail, or only reach specific niche audiences. As such, it was with a bit of skepticism that I approached Scitable, a social network for science research and education from the folks at Nature Publishing Group. A quick examination of the site reveals a vibrant community of educators and learners. I had the opportunity to speak with Vikram Savkar, SVP & Publishing Director at Nature Publishing Group, who is currently spearheading the Scitable initiative, to learn more about it. 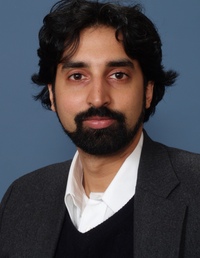 Nature Publishing Group has been around since the late 1800s. They publish science research for science researchers. Many of the folks at NPG (and elsewhere) have felt that there’s a growing problem with science education. Savkar said that according to some studies, 40% of students drop out of science programs after their first year. This is particularly problematic in a global context. While schools in the US might be doing okay in terms of science education, schools in sub-Saharan Africa may be using a single outdated textbook that is shared by all their students. Such a situation is hardly the path to meaningful learning.

According to Savkar, and his colleagues at NPG, science education needs to become interactive and social: kids and young adults learn from people, not from static words in a textbook. NPG also realized that free access to up-to-date science information and research was a critical component of advancing the world’s science education.

To that end, they launched Scitable in January, 2009. Scitable is an open teaching and learning library currently aimed at college students or AP level high school students. One of the primary goals of the site is to have a lot more than just static text information: they have rich, interactive media, and much of their published content is peer reviewed. Since Nature Publishing Group publishes scientific papers, it’s a no-brainer to share many of those paper on the Scitable site.

Savkar informed me Scitable strives to cover each content area with the same rigor and depth that is applied to traditional textbooks. The site currently focuses on genetics in order to build a strong starting point from which they can branch into other aspects of Nature Publishing Group’s content areas. “Why genetics?” I asked. The answer given to me is that there’s an awful lot of interesting stuff happening within genetics right now, so it’s a good, vibrant subject matter on which NPG has lots of information to share.

Scitable is a social site where teachers, researchers, and students can collaborate, share work, and help one another. The “social” in Scitable’s social network is less about sharing photos of your weekend trip and more about working collaboratively with people who have similar or complimentary goals to your own. Scientific inquiry is rarely conducted in a vacuum, so Scitable aims to connect people together in meaningful ways.

There’s a spotlight section on the main page that highlights a specific starting point for in-depth drill-down into additional content. There’s a student blog by students for students, and an Ask an Expert section. This feature is extremely popular, for both students asking questions and seasoned researchers answering them. It takes a day or two to get an answer, generally, and according to Savkar it is used 95% of the time for actual knowledge and learning efforts, as opposed to a quick route to a homework solution. 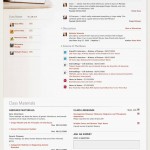 Instructors can create a classroom, using a course management system similar to those already in use at many institutions (Blackboard, Desire2Learn, etc). Savkar tells me that more than 500 instructors, most of them from outside the U.S., have conducted entire classes using the Scitable site for several semesters now. And Scitable is being used as a major supplement to many real-world classes, too.

Scitable is currently being used by students and instructors in 160 countries. Only 40% of the current users are in the U.S. I asked Savkar about plans for a mobile site, knowing that much of the Internet industry is moving toward mobile devices, and also cognizant that high speed Internet access on desktop PCs is still a luxury in many part of the world (parts of the world that are very much a target audience for Scitable). He assures me that a mobile site is in the works, and that great care is being taken to work with the variety of access mechanisms available: from full-blown desktop PCs to Nokia feature phones. “Learning online should not involve a compromise in quality,” Savkar said. The mobile site will be structured to maximize content delivery based on various use cases.

Scitable is following what Savkar calls the NPR model: business underwriting in the form of social value advertising, rather than specific product placement or paid content placement. The corporate sponsors might get links to relevant job openings on certain pages within the Scitable hierarchy, but there won’t be large banner ads or other impediments to accessing the content. Content is king on Scitable.

Savkar was clearly passionate about his work. His team of about 25 is working strenuously to deliver rich, meaningful scientific information to the world, and to promote social collaboration and interaction. Future Scitable content will cover cell biology and ecology (due this fall), and Savkar says they’re very eager to explore replicating their model to experts in other scientific fields.