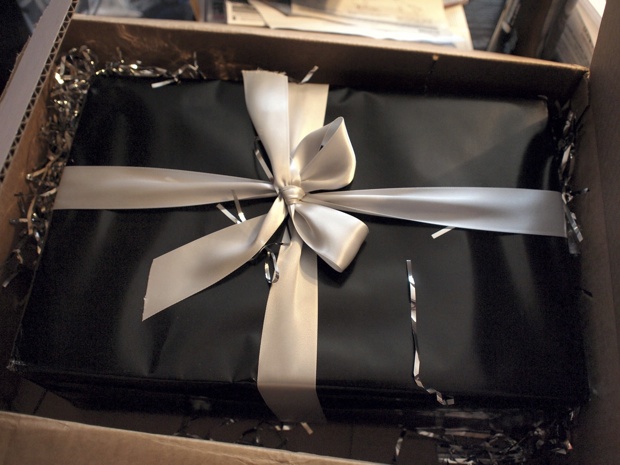 It’s Cinco de Mayo so naturally it’s Black Wii day! Nintendo just shipped us this gift wrapped Black Wii wiincluding the Motionplus controller and Wii Sports Resort for our gaming pleasure. The black Wii is actually quite handsome and looks much classier than the original Wiihite version. It seems Nintendo is trying to push the Wii into a place next to the PS3 and the XBox in the living room. I think the initial problem with the white Wii is that it slowly got beat up at the hands of PB&J wielding toddlers, resulting on a messy console that no one wanted to see. A little color – or the absence of color – solved that problem.

The black Wii wiill be available on Sunday for $199. More pics after the jump.