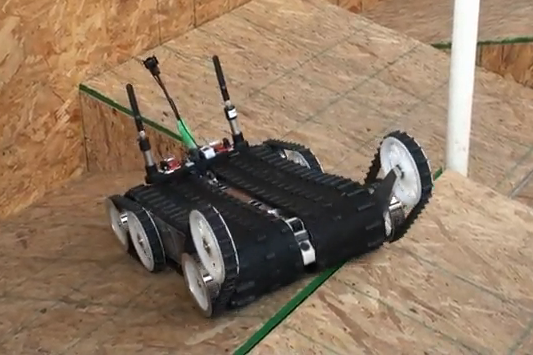 This is one of the coolest rescue robots I’ve ever seen. Meet Quince, jointly developed by Japan’s International Rescue System Institute, Tohoku University and the Chiba Institute Of Technology. The eight-wheeled robot may not look like much, but it’s actually very impressive when you see it in action.

Quince is supposed to help humans during “CBRN”-type emergencies (it can be used in the case of chemical, biological, radiological, or nuclear disasters). The robot is sized at 655mmx481mmx225mm, weighs 26.4kg and can move as fast as 1.6m/s. 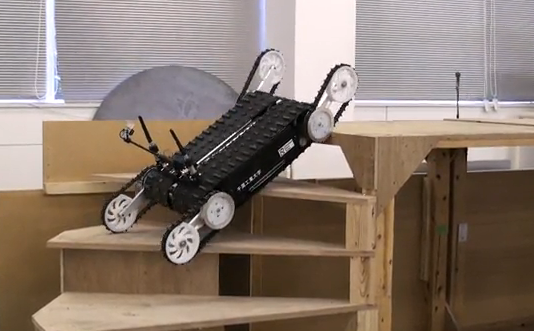 It’s equipped with a set of cameras, mics, speakers, a PSD sensor, a laser range finder, Wi-Fi, a door opener, and an infrared thermography camera. Quince is the follow-up to Kenaf, another super-advanced rescue robot we covered two years ago.

This video serves as a good summary of what Quince is capable of:

This video shows the robot moving over rubble in more detail:

And this video is probably the most spectacular one, showing how Quince goes up stairs: