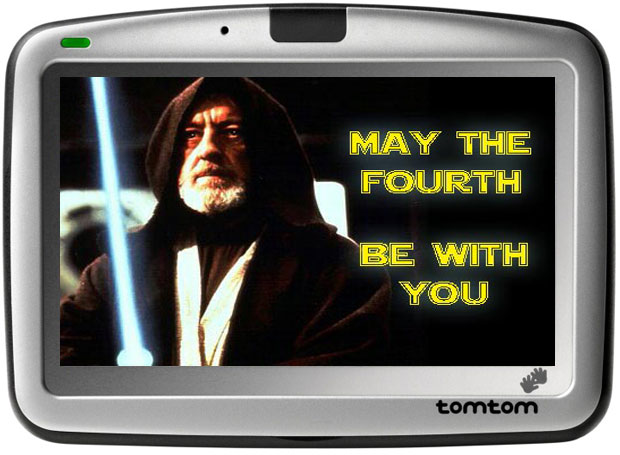 Darth Vader, C-3PO, Yoda, and Han Solo will soon yell at you for making a wrong turn and advise you to make the next legal U-turn on your TomTom device. The company just announced plans to out the voice options in Europe and, well, they are simply awesome. Right now Darth Vader is the only one available, but the other three will drop later this summer with C-3PO coming in June, Yoda in July, and Han Solo in August. It’s too bad that the voices only seem to be available in Europe market, but maybe there are plans in the works to out them in the states as well.

More importantly, may the fourth be with you and click through for Darth Vader’s TomTom recording session. It’s worth your time.