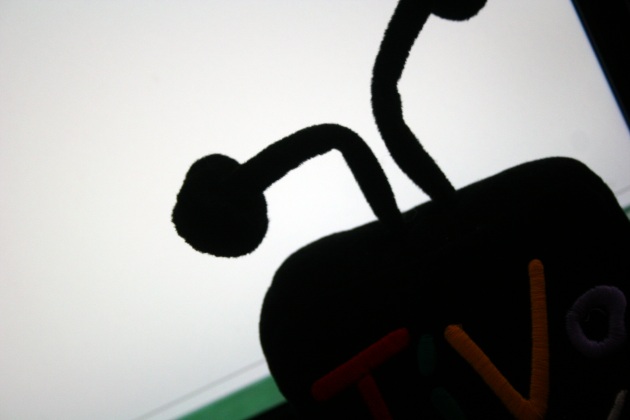 Reasonably interesting study coming out of Duke University that says that digital video recorders (TiVo and the like) do not negatively affect television advertising at all. That flies in the face of conventional wisdom, wisdom that says TiVo and its ilk have destroyed the TV business forever. Well, that’s just not the case.

There’s a couple things going on in the study, but they all point to one thing: TV execs need to calm down! Don’t worry, boss, people will still buy that soap you’re sellin’.

The first is that 95 percent of people still watch TV live, meaning they couldn’t skip commercials with their DVR.

Second, don’t think of commercial-skipping as a DVR problem; people without DVRs skip commercials all the time by, say, going to the kitchen or WC, or by simply changing the channel.

People who watch DVR’d TV shows may fast-forward through commercials, but they’re still watching the screen while doing so. The redhead woman from those car insurance commercials is very hard to miss, even at 4X speed! Meaning, of course, that people are still seeing your commercials, commercials that you paid fat cash for!

Last, people with DVRs tend to watch more TV than people without DVRs. That’s good, too, since that’s more opportunity to tell people that Droid Does or whatever.

In conclusion, if you ever see another TV exec claiming that TiVo or DVRs or whatever are destroying the planet, please kindly tell them to pipe down.