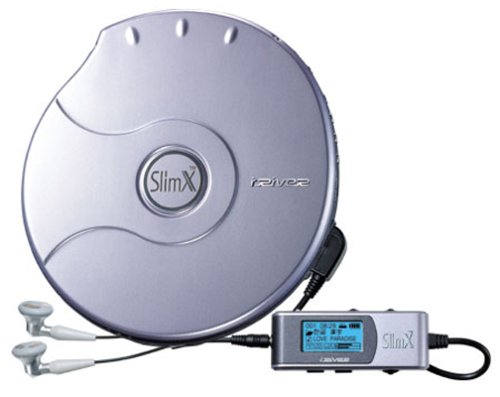 It was 2001, I think, when I got the predecessor to this brilliant piece of electronics. During high school I’d sported a tape player and later a rather nice portable CD player, picked up on a road trip to Yellowstone. I saw the iRiver CD-MP3 player on a forum, and the idea of having 800 minutes of music per CD instead of 80 prompted me to buy one of the earlier models, perhaps even a RioVolt. I had it for a short time and it made little impression because its cheap construction led to an early demise after only a couple months. And that’s when I saw this little number.

The bulbous plastic of the old model had given way, permanently as it would turn out, for a slick, ultra-thin metal case (or perhaps merely metallic plastic, either way it was nicer), and now the display was on the remote instead of the player itself. I had the iMP-350, which was the luxury one at the time and cost somewhere around $150. It was a revelation.

I used it straight for at least two, maybe three years, and to this day I don’t feel the need to back up my MP3 collection quite so much because I made so many MP3 CDs — themed, backups, all one artist, all singles, these CDs were playlists before playlists became so common that we don’t even make them ourselves any more. 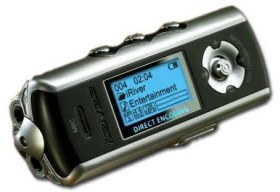 There were controls on the player itself, but the entire thing could be managed by the little in-line remote, which had a 2-line display, multi-purpose rocker switch, modifier and playback buttons. iRiver later took the design and made it a complete player, which you see at right. The remote was small and durable, and had a long cord and snap on it so you could keep the player in your backpack and attach the controls to your jacket or bag. I became intimately familiar with the layout of my favorite CDs, and knew that “OK Computer” was up one directory and down two items from “Amnesiac” on my Radiohead CD, so I could switch without looking, while riding my bike. If you took the time to look at it, it had a custom display with time, ID3 tags, format, bitrate, and everything. Just fantastic.

Problems? Well, it used a custom “gum stick” rechargeable battery, and after a while they did get kind of depleted. Luckily, an included accessory is a little external battery pack, extending its life by a considerable amount. Other than that it was pretty much flawless.

The iMP-350 was a classic, and I considered it much more useful at the time than the first iPods, which were only just beginning to gain popularity. The incredibly slim profile, solid construction, and convenient controls made this thing perhaps my favorite media player of the last 10 years.