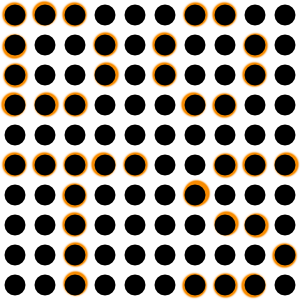 We’re no strangers to grand promises of storage and speed here at CrunchGear. Holographic is a term used almost without break as scientists and engineers pitch giants like 3M and GE with technologies that won’t be consumer-ready for a decade. And of course, there’s the always-popular “nano.” In this case, it’s nanodots, or quantum dots, so-called because at 6-10nm across, they’re small enough that quantum effects need to be consulted when working with them. …that’s what she said.

The dots themselves are actually “single, defect-free crystals” acting as magnetic switches, somehow, and they can be packed in with incredible density, resulting in chips where an area of about 3x3cm would store a terabyte. Now, to be honest, that’s more impressive than incredible; the promises of holographic tech are much more insane, due to the fact that the data is not limited to a flat plane.

Will we ever see this technology in practice? Well, the inventor says five years or less. So we’ll check back in five years, and see where the goalposts have moved to.